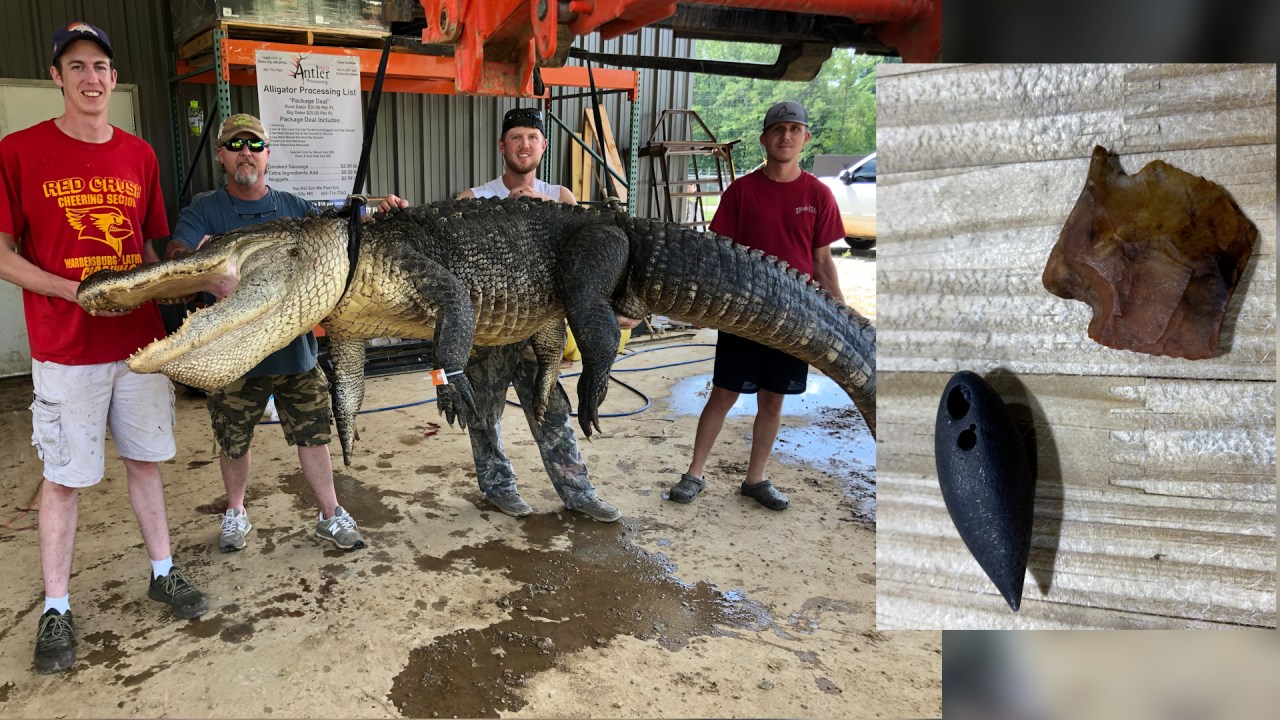 WARREN COUNTY, Mississippi (WJTV) – Four men won the battle against a 13-foot alligator weighing over 750 pounds. The alligator was found to have swallowed artifacts that may be over 1,000 years old.

On September 2, Todd Hollingsworth, along with his brother, stepfather and a friend, killed the enormous alligator at Eagle Lake in Warren County. They said it took them hours to hold and load the gator onto the boat.

Video: visitor jumps in alligator tank to rescue manager under attack in Utah

The group took the alligator to Red Antler Processing in Yazoo City. The owner, Shane Smith, found what are believed to be two Native American artifacts inside the animal.

An atlatl, which was used before the invention of the bow and arrows, and a sinker were found inside the gator. Smith said experts “suspect it may have been sold across the various tribes of the Great Lakes.”

The four hunters believe this is the largest alligator they have killed during alligator hunting season in Mississippi. They plan to create a life-size mount of the animal.