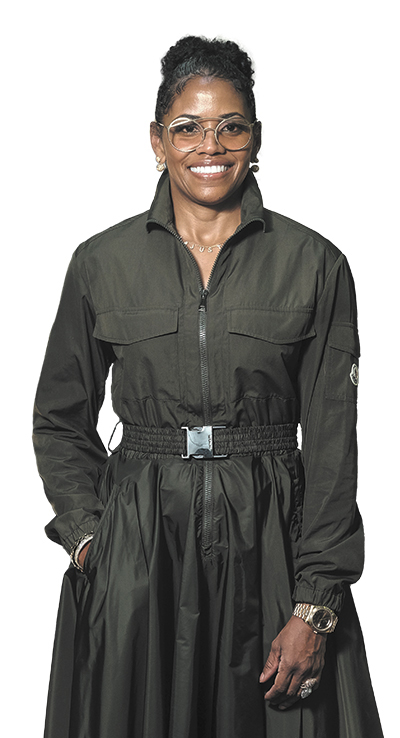 Darrianne Christian was ‘on vacation and completely off the hook’ in February when a word in an otherwise innocuous job offer at Newfields for a new art director set the stage for a massive staff backlash and the resignation of a president -General manager.

That word was “white,” as in a job description asking leadership contestants to “attract a larger and more diverse audience while retaining the Museum’s traditional white art audience.”

Christian was a member of the board of directors of Newfields, home of the Indianapolis Museum of Art. And as her family’s cruise drew closer to dry land at the end of her vacation, “my cell phone reception went off and my phone started ringing with tons and tons of texts and messages. missed calls, ”she told IBJ.

Newfields and its CEO, Charles Venable, were under fire. The museum changed its wording and apologized, but the damage was done.

Venable resigned, and over the following weeks Christian became a key leader in the museum’s campus response and strategy moving forward.

In March, Newfields released an action plan based on the engagement of staff, volunteers, donors and community members, including local artists.

Then, in May, the board elected Christian its new president, making her the first black woman chosen for the post.

“I saw Darrianne devote her heart and soul to making Newfields a truly diverse and inclusive institution,” said outgoing President Katie Betley after Christian’s selection. “She has had my support every step of the way, and I look forward to standing up for and celebrating this work in any way I can.”

Christian, who was born and raised in Gary, now leads the organization’s efforts to rebuild trust with staff and community members.

This is not Christian’s first foray into diversity issues. She and her husband, CEO and founder of BCforward Corp., donated $ 1 million to establish the Justin and Darrianne Christian Center for Diversity and Inclusion at DePauw University, which opened in 2017. The center is home to the school’s African American Student Association and the Dorothy Brown Cultural Resource Center.

She also sits on the boards of the Central Indiana Community Foundation and the Lake City Bank.

At Newfields, a six-month progress report released in September detailed some of the organization’s progress: provide anti-racism training for all implement diversity, equity, inclusion and access training for directors, board members and senior management creating an intercultural development inventory reorganizing its team of project champions working on a formal affinity network for non-white staff.

The organization also created a Community Advisory Committee as a direct link between its audience and its directors, expanded its admissions and membership policies, and brought in an external team for a leadership culture review and of Newfields more broadly, according to the report.

And Newfields said he was increasing the representation of black, Indigenous or under-represented artists using a $ 20 million endowment; lobby for more diverse leadership; and intensify engagement, with “listening hours” and a new lecture series.

“I believe we are heading in the right direction, and the community has responded well to this,” Christian said in May. “But we’re never going to rest on our laurels or take the position that we’re doing everything we should be doing. We are an institution that in the future will always challenge itself to ensure that we do all that we can. “•