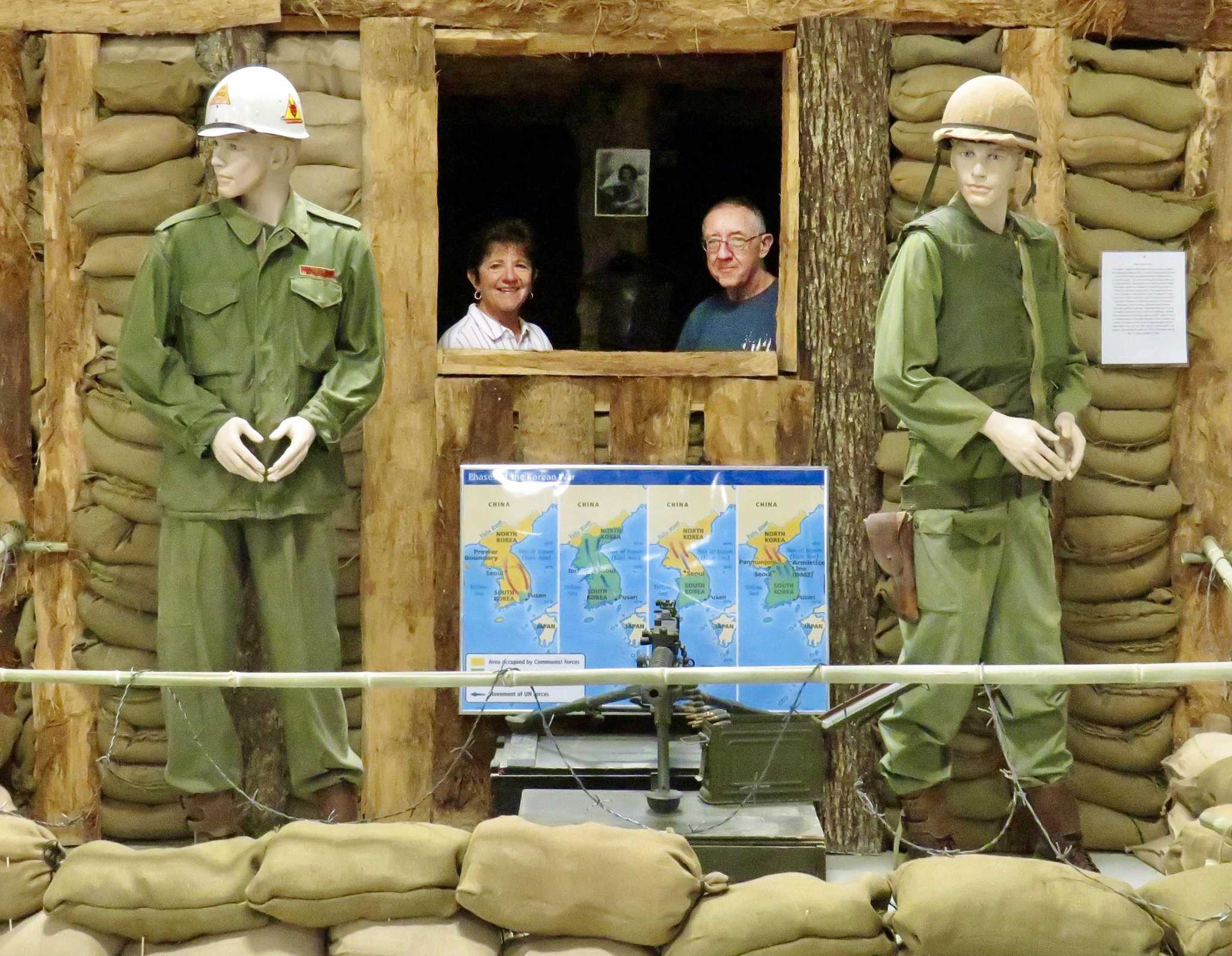 WEST HAVEN – Last week Kathleen Esposito from Guilford got into her car and drove to the West Haven Veterans Museum. In his passenger seat was a box containing his uncle’s bronze star and purple heart, along with a cache of yellowed handwritten letters and newspaper clippings.

Esposito is the niece of Sgt. John “Johnnie” Hurlburt, a native of Madison who was killed in World War II. Earlier this summer, she learned that an army department had identified her remains after 77 years. In August, he was buried in New Haven with full military honors.


About a week later, museum director Arlene DeGrand Painter reached out to Esposito about adding his uncle to his Wall of Honor.

â€œI had never heard of the museum and didn’t know what to expect,â€ recalls Esposito. “But that seemed like another way to keep Johnnie’s memory alive.”

She found the museum tucked away in a building on a side street behind West Haven station.

“A hidden gem,” she later said of the 9,000 square foot warehouse that opened in 2010 as a depot for uniforms, weapons, campaign materials and equipment men and women from Connecticut who have served in the American Revolutionary Army to the present day.

â€œIt was so beautifully organized, it was the story that came to life,â€ she said. “Like a little Smithsonian.”

There were notable ties to Shoreline, including a 1945 wedding dress made from the nylon of a parachute that the groom, John Gambardella, used to save her life.

â€œHe and his crew were forced to jump in the middle of the night over the border to French Indochina,â€ said museum vice president Bill Benson, a Vietnam veteran who fought in the Tet offensive.

â€œHe packed the parachute and mailed it to his fiancee, who then parachuted into a wedding dress,â€ Benson said. â€œThey didn’t have a lot of money back then.

The Gambardellas eventually settled in Branford, where John founded the East Shore Animal Hospital. Two of their daughters wore the parachute wedding dress. Eight decades later, the fabric is still used as a christening gown to baptize their great-grandchildren.

There was the rear wing of a Japanese Mitsubishi Zero, a fighter plane shot down over the Philippines in February 1942 by the “Branford Battery Boys”, the name given to the 211th Anti-Aircraft Artillery Battalion, Battery D.

The wing bears the names of the countryside in which the â€œBoysâ€ served, the towns where they were stationed and a register of destroyed enemy planes.

â€œThe unit has shot down more enemy planes than any other unit in the South Pacific and caused no casualties in the process,â€ Benson said. â€œIt was a tight-knit group of brothers and cousins â€‹â€‹in their prime who were doing what they could to keep the peace.

There was the display case containing food rations, including a box of Spam, an MRE, or ready-to-eat meal, chicken and dumplings, and a 600 calorie Hershey’s tropical chocolate bar.

â€œThese chocolate bars supplied the troops who stormed the beaches of Normandy during the D-Day invasion, and they also supplied us,â€ Benson said. “They don’t melt, and the guys would put it in their pockets for last minute energy.” As for these MREs, “they might not look so appetizing, but trust me, when you’re hungry, you’re really happy to eat it.”

There was a Korean-era bunker, fortified with sandbags, with the interior bathed in kerosene light.

â€œIt’s a communications bunker,â€ Benson said. “One guy would be on call and two guys would be asleep.”

That a group of veterans built the bunker sums up the special magic of the museum, it seems, which subsists on a tight budget fueled by monetary contributions and grants, on donations from veterans and their families. , and on the meticulous care taken by its volunteers, most of them veterans, in the preservation, restoration and exhibition of the donated pieces.

One of those pieces is the uniform of James Gilbert of the Pennsylvania Military College Corps of Cadets, an elite school for military training. Gilbert would serve as a second lieutenant during World War II.

â€œThis uniform was donated by his family who are from West Haven,â€ Benson said. “It’s a military family with someone who has served in all wars, and James Gilbert is the only MIA to date.”

â€œThere is a story behind every piece,â€ said Painter, director of the museum. â€œIt’s our mission, to tell the stories of the men and women behind each piece, and to pay homage. Without them we wouldn’t be here.

Esposito, who stood near the museum’s honor wall, agreed.

â€œThe exhibits at this museum say over 1,000 words in a history textbook,â€ she said. “No matter what war, they bring to life the reality of what my uncle, of what everyone who served our country experienced in combat, of the bravery they showed, of what they sacrificed. “

“It really brings home,” she added, wiping a tear from her eyes.