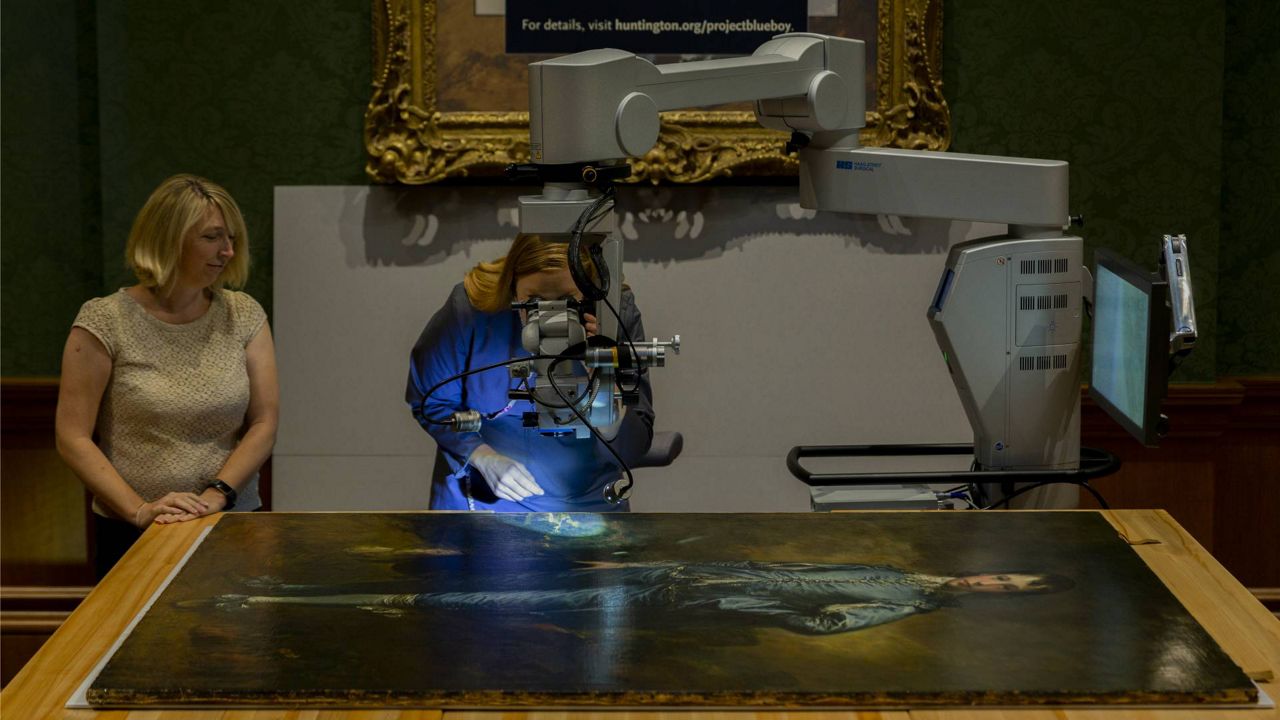 SAN MARINO, Calif. (CNS) – “A Portrait of a Young Gentleman,” a large-scale painting by Los Angeles-born artist Kehinde Wiley and inspired by the iconic “The Blue Boy,” made its world debut on Saturday at the Huntington Library, Art Museum and Botanic Gardens, where it has been placed opposite the recently restored masterpiece by Thomas Gainsborough.

The Huntington commissioned Wiley to redesign his famous painting in a contemporary context on the 100th anniversary of the purchase of “The Blue Boy” by Henry and Arabella Huntington, the founders of the institution.

Wiley’s work, which will be added to The Huntington’s permanent collection, will be on view until January 3 in the Thornton Portrait Gallery. That same month, Gainsborough’s painting will be transported to London for an exhibition which will open at the National Gallery 100 years to the day he left England for his home in California.

“By adding a piece of Kehinde Wiley to our collection and exhibiting it in our most treasured historic art gallery, we are examining our shared history and starting to prepare for our future,” said Christina Nielsen, Director of the Museum of art by The Huntington.

“I expect Wiley’s portrait to appeal to 21st century audiences, just as Thomas Gainsborough’s Blue Boy did to its original audience when it was first unveiled in 1770. “she said.

Wiley’s association with The Huntington dates back to his childhood, when his mother enrolled him in art classes and he first saw the large-scale portrait collection of the English noble class of the 18th century. and nineteenth centuries, which made a strong impression on the budding artist.

He “will later integrate their stylistic representations of wealth, fame and power into his own artistic practice, focusing on the missing black and brown bodies in the museums he has visited,” according to a statement released by The Huntington.

Wiley, 44, is known for his full length paintings of everyday black men and women in formal attire, painted in classic poses against vibrant patterned backgrounds, reminiscent of African fabrics from the West as well as wallpaper and textile designs by William Morris and Co.

In 2018, Wiley became the first African-American artist to paint an official U.S. presidential portrait for the Smithsonian National Portrait Gallery. His portrait of former President Barack Obama will be on display at the Los Angeles County Museum of Art this fall, as part of a nationwide tour.

Wiley’s “Portrait of a Young Man” was painted in Dakar, Senegal, where his Artist-in-Residence program is located. According to Nielsen, the artist – who lives and works in Dakar, Beijing and New York – has not publicly revealed the identity of the young man depicted in the colorful painting.