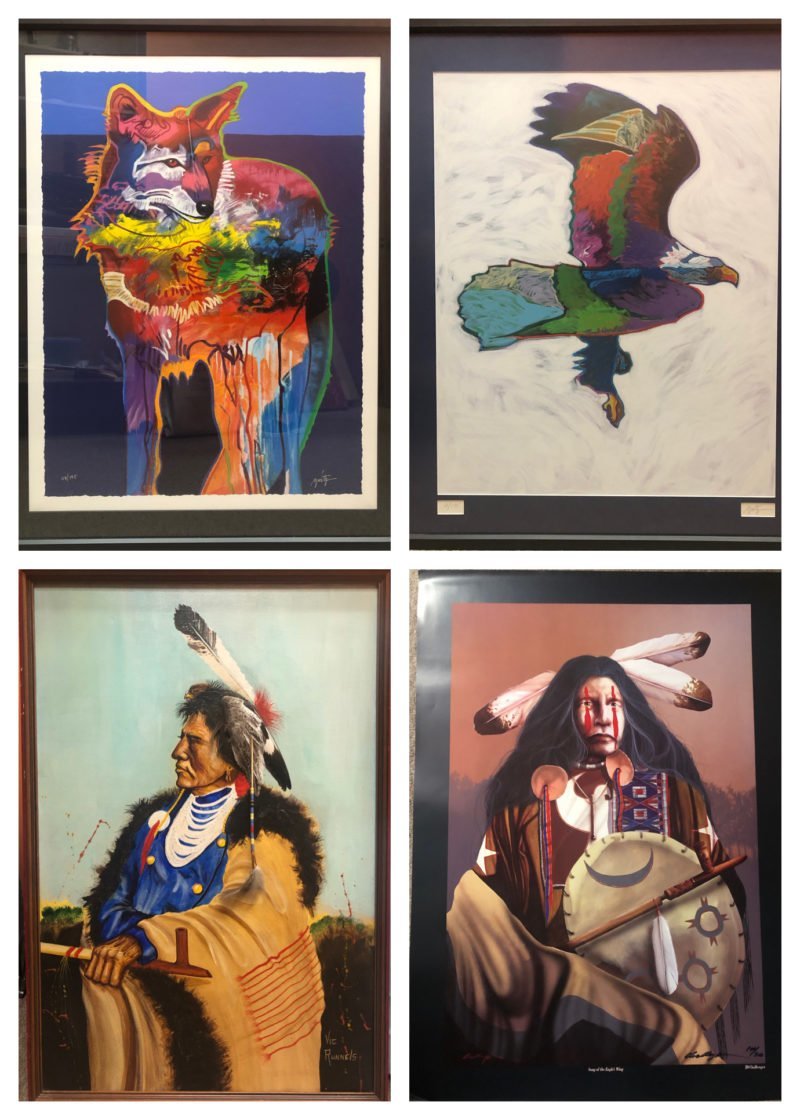 BIG RAPIDS – Artworks is currently exhibiting the works of five internationally renowned artists. The pieces are from Charmaine Lucas’ special collection and each is for sale.

Rozanne Cullen, volunteer gallery coordinator for Artworks, said showcasing the collection was a new opportunity for the organization, which aims to vitalize the community through the arts and humanities.

“This is an unusual opportunity for Artworks. Charmaine Lucas contacted us to sell her collection of Native American art “, Cullen said. “These pieces are all by well-known artists and have certificates of authenticity. We try to provide our community with opportunities to be exhibited to art that they don’t normally see. With the exception of Paul Collins , who is a well known Michigan artist, most of these artists are from the west and southwest of the country and are well known in this area.

Paul Collins was an internationally renowned artist whose career spanned five decades. Born in Muskegon, he has exhibited in some of the most prestigious museums and galleries and is credited with over 100 exhibitions. The artwork has her portrait “Suzzie Uzzie” and “Showdown at Wounded Knee” on display and for sale.

Cullen said the art differs greatly in style and the gallery has 3D pieces that are for sale like drums, breastplate, medicine pouch and more.

“The range of styles in this show is also diverse, from realism to expressionism to abstract,” Cullen said.

Another star artist, Leonardo Nierman, is a Mexican artist born in 1932. Leonardo Nierman’s paintings come alive with vividness as they capture the intensity and spontaneity of the dynamic forces that govern both nature and the cosmos.

His full career includes numerous accolades, awards and exhibitions. The works of art have three pieces from Mr. Nierman’s “Poems of Fire” series on display and for sale.

The third gallery artist in the series, John Nieto, was born in Denver, CO in 1936. He grew up in New Mexico and studied fine art at Southern Methodist University in Dallas in the late 1950s. After completing his studies, he went to Paris where he saw for the first time the Fauvist paintings of Henri Matisse and André Derain.

The artwork has five pieces by Mr. Nieto on display and for sale: “Song of the Eagles Wing” “Buffalo at Sunset” “Unnamed Wolf” “Wolf” and “Unnamed Eagle”.

Fourth in the lineup, Vic Runnels was born December 15, 1935 in Batesland on the Pine Ridge Reservation. Runnels attended Gordon Nebraska Public School for most of his college years, graduating from Pine Ridge High School. Inspired by the work of artists Oscar Howe and Andrew Standing Soldier, Vic Runnels began studying art in the early 1960s.

“Native American culture is an important part of Michigan life,” Cullen said. “The more we know and respect other cultures, the wiser we become. Art is a means of cultural expression, so by looking at the art of a culture, we learn about the current culture, values ​​and issues that impact the culture.

The last artist featured in the exhibit, JD Challenger, was born in Oklahoma. He paints the history of a people rich in heritage and traditions. Artworks exhibits his works “Song of the Eagles Wing” and “Lost Spirit Horse”.

Cullen said Artworks is committed to providing the community with art that breaks standards.

“We support our art exhibitions with programming that seeks to broaden the conversation about the art presented,” Cullen said. “It is not only a question of isolated art, but of art in a tradition and breaking with tradition and within a community. Art speaks to people in different ways and we encourage our community to be exposed to new artists and learn from this experience.

Artworks is also currently working on new installations for the fall, which will include more media focused on Native American arts and culture.

“We’re actually planning a major exhibit for October and November 2022 that will feature Native American artists from Michigan who take up traditional arts like beading, pottery and weaving, but add a contemporary twist,” said Cullen. “We are delighted to offer this opportunity to the community. “

Cullen said the best way to support the Native American arts and media community is to simply buy art.

The artwork is located at 106 N. Michigan Ave in Big Rapids.