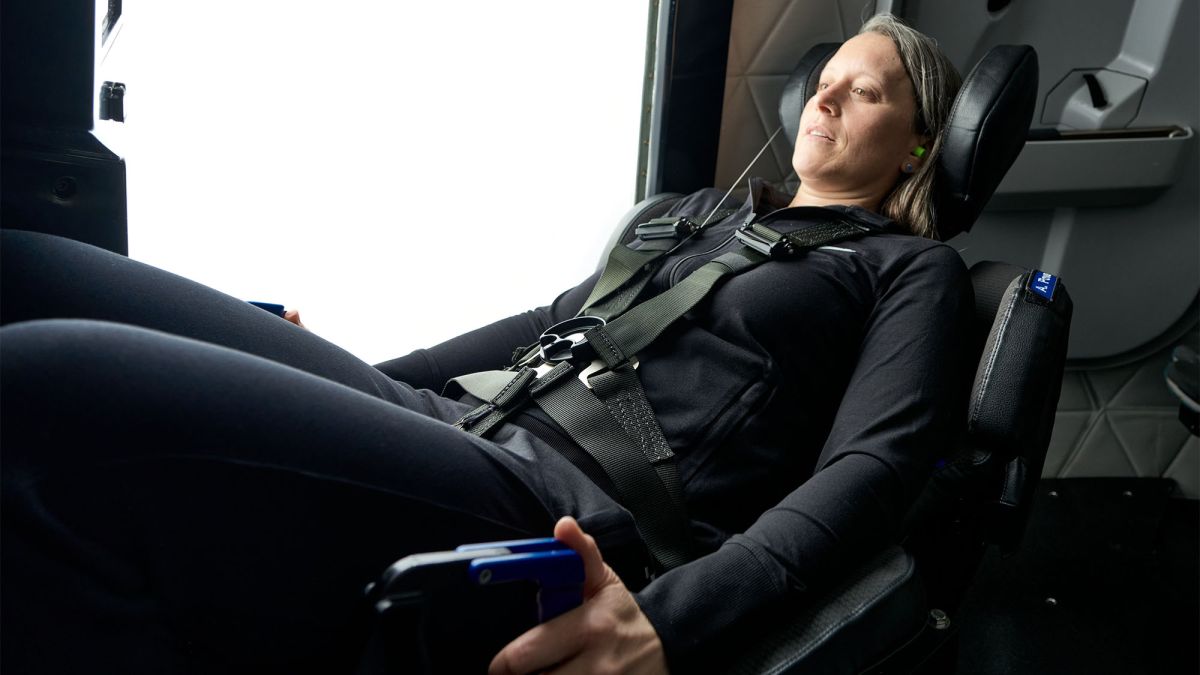 For Audrey Powers of Blue Origin, a space launch this week will make the dream of a lifetime come true.

The future spaceflyer official description of Blue Origin of its flight says the company seeks to “enable a future where millions of people live and work in space for the benefit of Earth,” although such a future is likely to be costly given that competitor Virgin Galactic sells seats for $ 450,000 each. (Blue Origin has yet to release pricing for its seats, but it’s probably expensive; its first auction for a seat on New Shepard was won for $ 28 million earlier this year.)

You can watch the launch live here and on the Space.com homepage, courtesy of Blue Origin, or directly through the company’s site. Youtube. The webcast will begin at 8:30 a.m. EDT (12:30 p.m. GMT).

Powers will be the first Blue Origin employee to launch on New Shepard, although the company launched billionaire founder Jeff Bezos on a similar suborbital trip in July. The flight, Blue Origin’s first manned spaceflight, also featured Bezos’ brother Mark, aviation pioneer Wally Funk, 82, and Dutchman Oliver Daemen, 18, the first paying passenger of the company. While Funk set a record for the oldest person in space on that July flight, Shatner (who is 90) will set a new record with Wednesday’s launch.

According to Blue Origins, Powers has a strong focus on diversity, both as an executive sponsor of Blue Origin’s New Mercury gender diversity business resource group and as president of the Commercial Spaceflight Federation.

“I am so proud and honored to fly on behalf of Team Blue, and I am delighted to continue to write the history of Blue manned spaceflight,” Powers said in the Blue Origin statement.

She recalled watching the shuttle launches in her elementary school class, when it took serious material to watch the events live.

“They would roll the television around the classroom on one of those metal carts and we would watch the launches,” Powers said. “I was wondering what it would be like to try to find where I lived floating up there in a spacesuit.”

Powers continued her interest by visiting the Smithsonian Institution’s National Air and Space Museum as a child (she happily lived near her location in Washington, DC), then attending Purdue University, where she obtained a Bachelor of Science in Aeronautical and Astronautical Engineering.

Her space experience includes working as a flight controller at NASA Mission Control, as an engineer for 10 years with United Space Alliance and working for Blue Origin since 2013. She first joined the company in as Deputy General Counsel, after graduating in law from the University of Santa Clara.

Give the gift of membership: Membership in nonprofits pays dividends all year round