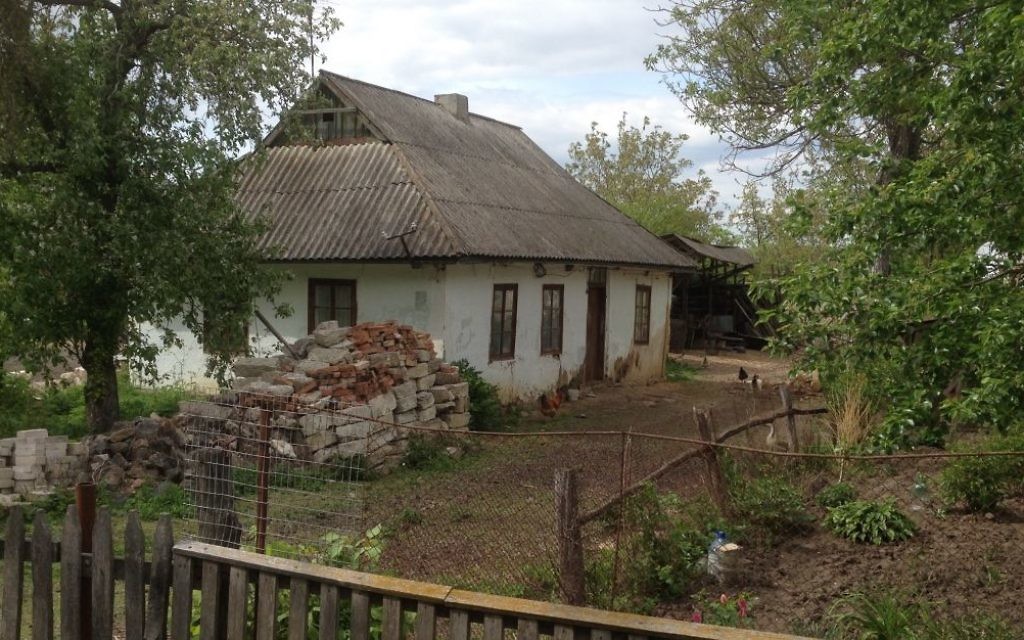 JTA – In the woods of northern Ukraine, construction workers built an island in time: a shtetl.

It is the Yiddish word for the type of old-fashioned Jewish towns that existed throughout Eastern Europe before the Holocaust.

This new shtetl, comprising 18 buildings on over an acre of land near the lakeside town of Rovzhi, near Kiev, was built this summer over 50 days for the shooting of a historic feature film titled “Shttl “. (The “e” is missing to underline the void, the director Ady Walter, filmmaker of Argentinian origin, Recount Ukrainian news site KP).

The film, a joint Franco-Ukrainian production, is unusual both for its multi-million dollar budget – a massive investment in the struggling Ukrainian economy – and for its treatment of a tragic and politically sensitive period of the history of Jews in Ukraine.

Scheduled to premiere next year, the film even has some Hollywood star power in Saul Rubinek, a Canadian Jewish actor who starred in the 1987 classic “Wall Street” alongside Michael Douglas and made appearances at television in “Frasier”, “Curb Your Enthusiasm”, “Schitt’s Creek” and “The Marvelous Mrs. Maisel”. Rubinek also plays a heavily accented Jewish weapons expert in the Nazi hunters drama “Hunters” on Amazon.

By registering, you accept the conditions

“Shttl,” which takes place in the summer of 1941, tells the story of how the Nazi invasion of Ukraine devastated the lives of two Jewish newlyweds and their former Shtetl community in Sokal, western Ukraine.

It is a potential foray into a political mine.

During this summer, especially in western Ukraine, locals participated in the liquidation of the Jews of the region, sometimes with remarkable cruelty. The country is now in the middle of a polarization debate on the glorification of some of these authors amid a wave of nationalism and antipathy towards Russia, which the Nazi collaborators fought in World War II.

President Vlodymyr Zelensky, who is Jewish, has expressed reservations about the practice of glorifying Nazi collaborators, but has generally avoided confrontations over the issue with nationalists, who enjoy considerable popular support amid conflict. latent territorial with Russia which started in 2014.

Next to a March Across Kiev in May which featured Nazi symbols, Zelensky for the first time condemned the practice outright. Ukrainian President Volodymyr Zelensky, interviewed in his office in Kiev, January 18, 2020 (Press Service of the Office of the President of Ukraine)

“We categorically condemn any manifestation of propaganda by totalitarian regimes, in particular the National Socialist, and attempts to revise the truth about World War II,” he said. noted in a declaration.

Bringing a shtetl back to life was of paramount importance to Walter, he told KP.

“I want viewers to walk the alleys with the actors and feel it all,” he said.

Walter added that although the film’s protagonists are the Jewish couple, a non-Jewish Ukrainian character also plays an important role as a close friend of the Jewish groom.

The actress playing the bride, Anisia Stasevich, studied Yiddish for the role. She also studied with Eli Rosen, an actor who grew up in a Hasidic Jewish community in Brooklyn and was consulted by the creators of the Netflix series.Unorthodox. “

Stasevich’s grandfather was a Jew from the Ukrainian city of Odessa who “would be happy to see me go back to the roots,” she told KP. 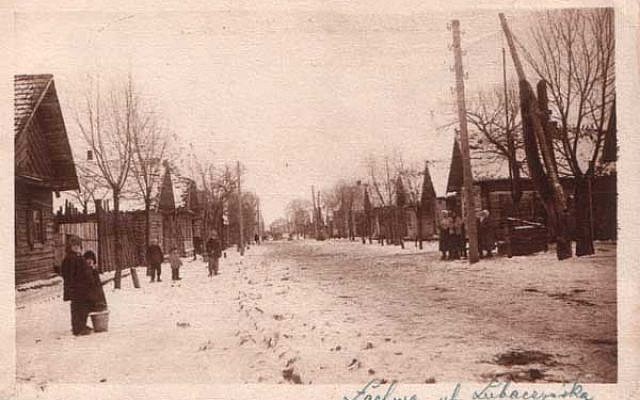 To keep costs down, producers bought old houses across Ukraine and scooped them up to find parts to set up the decor, head decorator Ivan Levchenko told the news site. It was cheaper than processing and aging fresh material, he said. Some buildings were made of polystyrene, on which the artists drew false facades. It was also the solution for the tombstones in the fake shtetl cemetery.

Other structures include a schoolhouse, a large wooden structure with a Star of David on its gable, and a synagogue with massive wooden doors and an interior that took a team of artists two weeks to paint.

The set attracted the attention of Ukrainian media due to the unusual attempt to recreate an institution that had existed for centuries in Eastern Europe.

Only remnants of shtetls can now be seen in a handful of places, including Bershad, a sleepy town 160 miles south of Kiev. The tiny synagogues, or shtiebels, have mostly remained untouched here, although the interiors have been turned into shops and auto repair shops. But 50 Jews remain, now a typical Shtetl synagogue with plank floors. 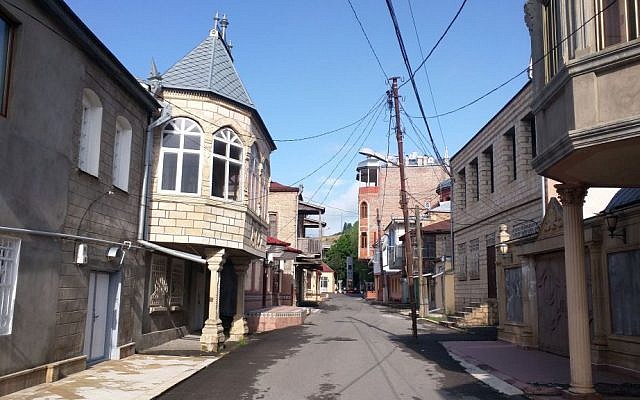 This photograph from May 24, 2016 shows an empty street in Krasnaya Sloboda. During the summer months, the city fills up as expats living in Russia return. (Lee Gancman / Times of Israel)

In Belarus, the city of Babruysk also has a well-preserved ancient shtetl, although most of its Jewish population of several hundred do not live there.

The best-preserved shtetl exists today outside Europe in the city of Krasnaya Sloboda, in Azerbaijan, where several hundred Jews live with the financial support of community members who have left for Russia, Israel and beyond.

In other shtetls, structures have long been destroyed, dismantled or dilapidated and are now indistinguishable from surrounding villages and towns.

The film’s production company is working to transform the setting into a museum and a memorial for the hundreds of shtetls destroyed by the Nazis and their collaborators, KP reported.

“The main problem is leaving it in good hands,” Walter said.

The climate crisis and responsible journalism

As an environmental reporter for The Times of Israel, I try to convey the facts and science behind climate change and environmental degradation, explain – and criticize – official policies affecting our future, and describe the Israeli technologies that can be part of the solution.

I am passionate about the natural world and disheartened by the dismal lack of awareness of environmental issues among most of the public and politicians in Israel.

I am proud to do my part to keep The Times of Israel readers properly informed on this vital topic – which can and must lead to policy change.

Your support, by joining The Times of Israel community, allows us to continue our important work. Would you like to join our community today?

Join the Times of Israel community

Already a member? Log in to no longer see this