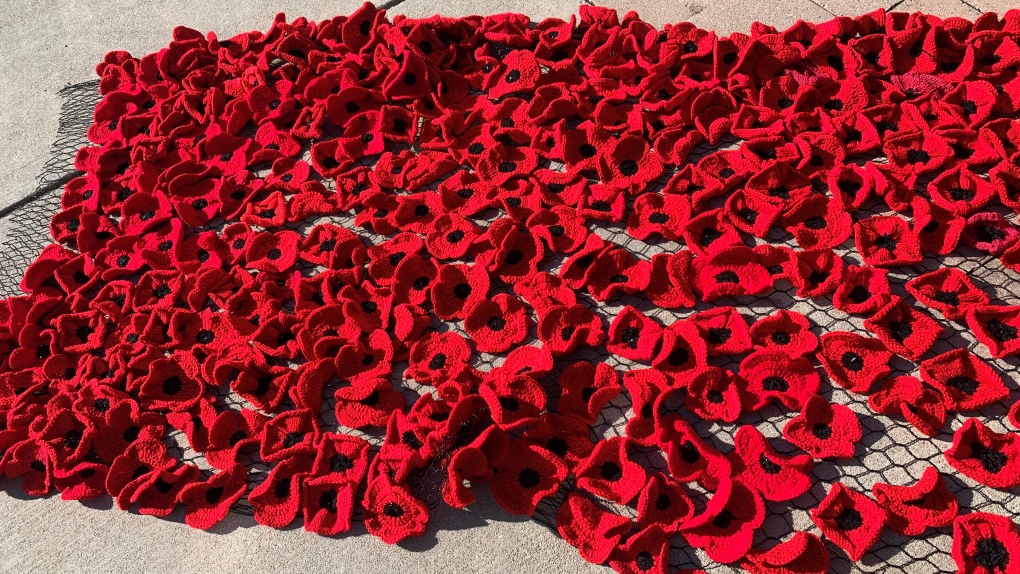 The Cambridge Poppy Project connects history and community by weaving more than 30,000 hand-made poppies in honor of Canada’s veterans.

Project coordinator Jayne Herring says she was inspired after seeing a similar initiative carried out in Niagara Falls last November.

“We were really touched by it and I thought you know what, this has to come to Cambridge,” Herring said. “It’s something that’s inexpensive, has a lot of visual impact, and it’s something very easy to do.”

The goal was to collect 10,000 poppies by the end of September, but Herring says the group more than tripled their goal, with donations coming from across Canada and as far as Australia.

“The team and I are beyond touched, I mean we are very grateful to everyone who made a poppy or who came to help us,” said Herring. “It was a labor of love. It is a love letter to veterans.

Carolyn Ball is a volunteer at the Cambridge Poppy Project. She said she made at least 1,700 poppies for the initiative.

“My dad and my grandfather were both in different wars and wanted to see the exhibit. I wanted to draw attention to Remembrance Day, ”Ball said.

The group started assembling the poppy display over the weekend.

The finished product will be on display outside of the Idea Exchange sites in Galt, Preston and Hespeler from October 29 to November 12.