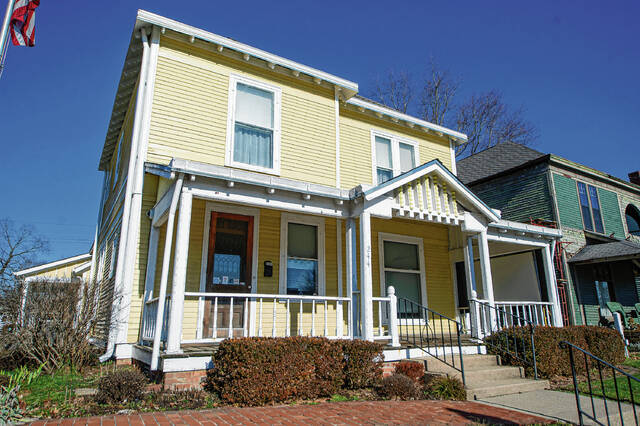 GREENFIELD – The city government and one of the community’s oldest nonprofits are in dispute over artifacts linked to its most famous citizen, James Whitcomb Riley.

This is a large collection of historical items related to Riley and his contemporaries. The artefacts are in the possession of the Riley Old Home Society, a non-profit organization dedicated to preserving the legacy of the poet Hoosier that has existed in one form or another since the 1930s.

While the nonprofit organization controls the collection, the Greenfield Parks Department owns and operates the James Whitcomb Riley Boyhood Home and Museum, where the artifacts are stored.

City officials say they want to work together to help preserve the artifacts, educate people about Riley’s legacy and support one of Greenfield’s biggest tourist attractions. But they claim the Old Home Society won’t let them handle or even see the historical artifacts.

The conflict escalated to the point that the Old Home Society placed a padlock on its storage door and threatened to remove the items on display. And on Wednesday, Jan.5, the city notified the company that it is expected to vacate the building within six months. Until then, they will only be able to access them by giving notice to the Parks Superintendent, and they have been told not to remove the artifacts unless they can document their ownership.

In an agreement with the city, the Old Home Society was given the option of renting the second floor of the Riley Museum for $ 1 per year to store its collections.

City attorney Gregg Morelock and Parks Superintendent Ellen Kuker, who oversees the Riley Home and its museum next door, said all the city wants is to know what items are included in the collection. from the Old Home Society so that they can potentially be used in programming and display. . But, they say, the organization will not give them that.

“There’s no point in all that stuff sitting upstairs and picking up dust when it could be used,” Morelock said.

According to meeting minutes and other documents provided by the city, the Old Home Society has come into conflict with the city over the access Riley Home coordinator Stacey Poe should have to the society’s collection. . Poe is a Parks Department employee who became a full-time employee in 2020. Morelock said the city has been working on a solution to the problem for more than two years.

Morelock said that when issues began to arise between the town and the Old Home Society board of directors, the town requested the creation of a subcommittee consisting of two members appointed by each entity to resolve the issues. disputes. He said this committee was created, but the solutions he proposed were vetoed by the chair of the Old Home Society collections committee. The two sides asked an Indiana Historical Society official to help mediate the dispute, but that did not result in a resolution.

“We have had no way, firstly, to identify what artifacts may be available for a given exhibit or exhibit, and second, to be able to access them,” Morelock said.

Morelock added that the Old Home Society also offered to provide a photographic inventory of the items, but ultimately only shared photographs of what was already on display at the museum.

Morelock said that when the deal was created, the Old Home Society said it had documentation of its ownership of the artifacts in its collection, and the city accepted it.

However, the company later published a newspaper ad listing artifacts that it could not verify ownership of. The ad asked people to come forward if they thought they owned any of them. Published in the Daily Reporter in March 2021, the ad lists dozens of articles and article categories, ranging from furniture and rugs to books, lithographs and even a sword.

Morelock said the city responded to this request to claim ownership of the objects. He said the city was insuring both the house and the museum and their contents, and would not be able to insure these items if they did not have a proprietary right to them.

“They literally have, and I think they would recognize it, that they literally have hundreds, if not thousands of artifacts of which they have no idea what these collections are made of,” Morelock said. “And I don’t blame them for that; it is a voluntary organization… They certainly did not have the time to catalog and inventory them.

Morelock said he and other city officials were only allowed to see some of the artifacts once.

The Old Home Society bought software called Past Perfect, which is used to take inventory of historical artifacts. On its website, the organization says the system “will allow us to locate artifacts accurately and quickly, whether on display or in storage.”

Morelock said the inventory is incomplete and does not give the city all the information it needs.

Old Home Society president David Crider said the organization is not commenting on the dispute at this time and plans to hire a lawyer. He said the company owns all of the artifacts in its collection.

The city provided the Daily Reporter with the minutes of a December 2020 company board meeting. In the minutes, board members said they did not believe the museum coordinator needed or should have full access to the artifacts and as a voluntary organization they are not. always able to provide information as soon as it is requested. They also said they had restricted access to their space due to its small size.