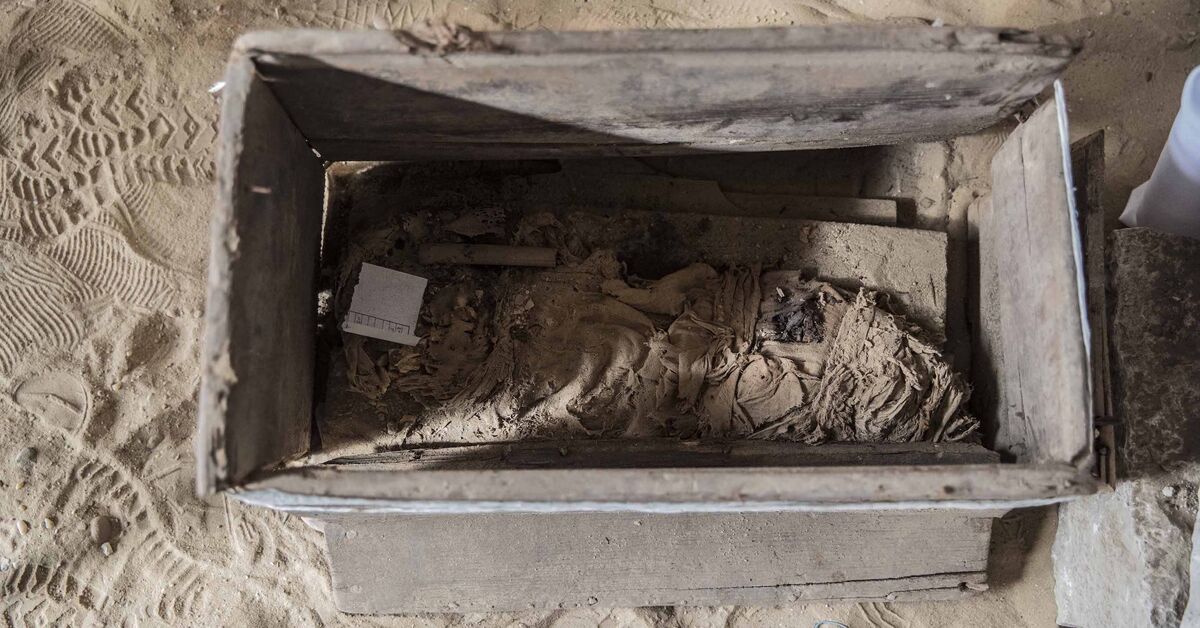 Egypt recovered an ancient statue of an Old Kingdom priest that had been smuggled abroad.

In a statement from the Ministry of Tourism, Shaaban Abdel Gawad, the supervisor of the ministry’s salvaged antiques department, said the statue was put up for sale at the annual European Fine Arts Fair in the city of Maastricht in the Netherlands. Low.

The legless statue depicts Priest Nikaw-Ptah with his arms at his sides, wearing a short kilt and his name engraved on one arm.

During a phone call with Al-Monitor, Abdel Gawad said: “Egypt and many other countries rich in archaeological treasures know of illegal excavations at archaeological sites. Contraband artifacts are not registered [at the Ministry of Antiquities records] but are taken by chance in the auction rooms [abroad], seized in international ports or airports.

He explained that laws before 1983 allowed for relics to be traded abroad through government-issued certificates.

“It was not until 1983 that the government enacted Law No. 117, which prohibited the trade in antiques and also prohibited the donation or sale of relics, even to be taken abroad, except for temporary exhibitions. “, added Abdel Gawad.

He went on to say that the ministry’s salvaged antiques department monitors all auctions involving Egyptian artifacts abroad, artifacts seized from international ports and those on display in major museums.

“Egyptian antiques were bought and sold until 1983, under a law that regulated the process, provided there were certificates for each piece,” he explained. “At the time, the rules for distributing architectural finds stipulated that the missions working in Egypt shared ownership of the antiquities with the Egyptian government. This is why a large number of relics have been found in international museums. We are not calling for them to be recovered because it was done in accordance with the law. The Egyptian government is, however, investigating artifacts that have left the country illegally. “

In 2014, 303 artifacts were recovered worldwide, including eight pieces from Denmark that were stolen from the Ghanem al-Bahlawan Mosque in Cairo; an artifact stolen from the warehouse of the Saqqara region museum, which was smuggled into France; and a sandstone miniature of the Pyramid of Cheops, which was smuggled into Germany. The piece, which features a plaster image of two people carrying colorful offerings from the pyramid of Cheops, was stolen from Sobekhotep’s tomb in Luxor and dates back to the time of Thutmose IV.

In 2014, Egypt also succeeded in recovering an enamelled Oushabti statue dating from the time of King Nectanebo II of the Third Dynasty. It was exhibited in an auction room in Paris.

From January 2017 to November 2017, Egypt recovered some 586 artifacts from around the world, including eight wooden boxes from London and eight artifacts from Paris including coffin pieces, two statues of cats and a basalt sculpture of a head. human.

From January 2018 to November 2018, a total of 222 artifacts and 21,600 pieces were recovered in five countries. There were four pieces from the United States including an ancient gilded sarcophagus purchased by the Metropolitan Museum in the United States from an antique dealer who had a certificate issued by Egypt in 1971. Nine pieces were recovered from France, 14 of Cyprus, one from Kuwait, 195 artefacts and 21,660 pieces from Italy.

More recently, in June of this year, Egypt recovered 114 artifacts that had been looted and smuggled into France, in addition to three UK coins that had been illegally taken out of the country.

Abdel Rahim Rihan, director of the department of archaeological studies and research at the Ministry of Tourism and Antiquities, told Al-Monitor: “There are international gangs supported by local donors who have taken advantage of the economic situation and social disaster in Egypt after the 2011 revolution. Not to mention the COVID-19 pandemic, which has resulted in an economic crisis. This prompted many people to sell anything they could get their hands on, especially artifacts. “

Rihan explained that the state took note of the role of international gangs and last year amended the 1983 law to punish those who train, join or assist antique smugglers in the country or abroad with a life sentence.

Rihan also noted that antiquities uncovered during illegal digs are unrecorded and very difficult to find.

“Therefore, the artefacts are exhibited and sold at public auctions abroad. The parties that hold these auctions typically forge certificates of ownership with the help of smuggling gangs and groups that move coins from country to country. Therefore, it is imperative to verify all documents supporting the ownership of the source country, ”he added.