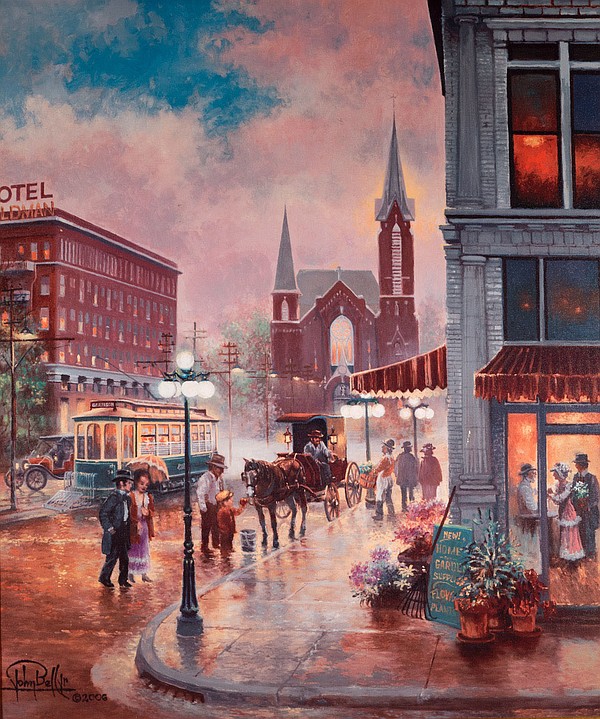 If you’ve fallen in love with artist John Bell Jr.’s iconic Fort Smith scenes on display in 2018, the Fort Smith Regional Art Museum has some exciting news. Bell’s work, brought together in a new display case titled “John Bell Jr .: Coming Home”, will open on October 29 in the new Sandi and Sandy Sanders Gallery for the permanent collection.

The $ 100,000 expansion project was funded by a grant from the Windgate Foundation, along with a donation from former Fort Smith Mayor Sandy Sanders and his wife, Moncrief says.

“When we discussed receiving the grant with our Board of Directors, Sandy Sanders – our current Chair of the Board of Directors – was delighted to make the matching donation,” she said. “He believes the full availability of the arts, including music, visual arts, theater, dance, etc., are important components of a vibrant and growing community.”

“Buying an artwork each year at RAM’s Annual Invitational, our group show held since 1948 that attracts admissions from across the country, is one of the ways we’ve built an incredible collection. permanent, ”she explains. “The collection of more than 350 works of art also includes donations of works of art by artists and individuals, and pieces that our council has acquired. Every piece, be it a painting, a photograph, a sculpture, mixed media or textile art, is a great work of art.

But Moncrief admits that the opening exhibit in the new space will be unique.

“What makes it even more special is that the exhibit is RAM’s first exhibit in our newly acquired collection of original John Bell Jr. paintings, sketches and studio props,” she says. “We received this wonderful gift earlier this year and we are truly beyond ourselves.

“John Bell Jr. is such a native son of Fort Smith and the surrounding area,” Moncrief enthuses. “We care about his life, his art and his career as an artist. His iconic paintings of Fort Smith’s Garrison Avenue and other places in Arkansas, set in the late 1800s, are cherished by so many, and now RAM is going to tell the “whole story” of John Bell Jr. with artifacts from his early jobs, paintings most people have never seen, and photographs from his childhood. We are launching the John Bell Jr. Legacy Project which will now guide our efforts as the new “home” of John Bell. “

While he never wanted to include his disability in a discussion of his work, Bell’s story is also one of a kind. He was born in 1937 with cerebral palsy; his wife, Maxine, had polio; and they raised their daughter Lisa from their wheelchair. Despite the challenges, Bell gained a regional, if not national, reputation for paintings that captured both the legacy of the state he loved and its magic.

“I still remember the T-models, the Ice Man, the anxiety about the war, the radios, the clotheslines in the backyard with sheets floating in the breeze and those little ones. things that form the basis of your life, ”Bell wrote before his death in November 2013 at the age of 76. “My parents were from coal miners and farmers in eastern Oklahoma, but they moved to Fort Smith to start a new life. I was born here with my two sisters and a brother. All of our memories and influences are from eastern Oklahoma and western Arkansas, which is reflected in my art.