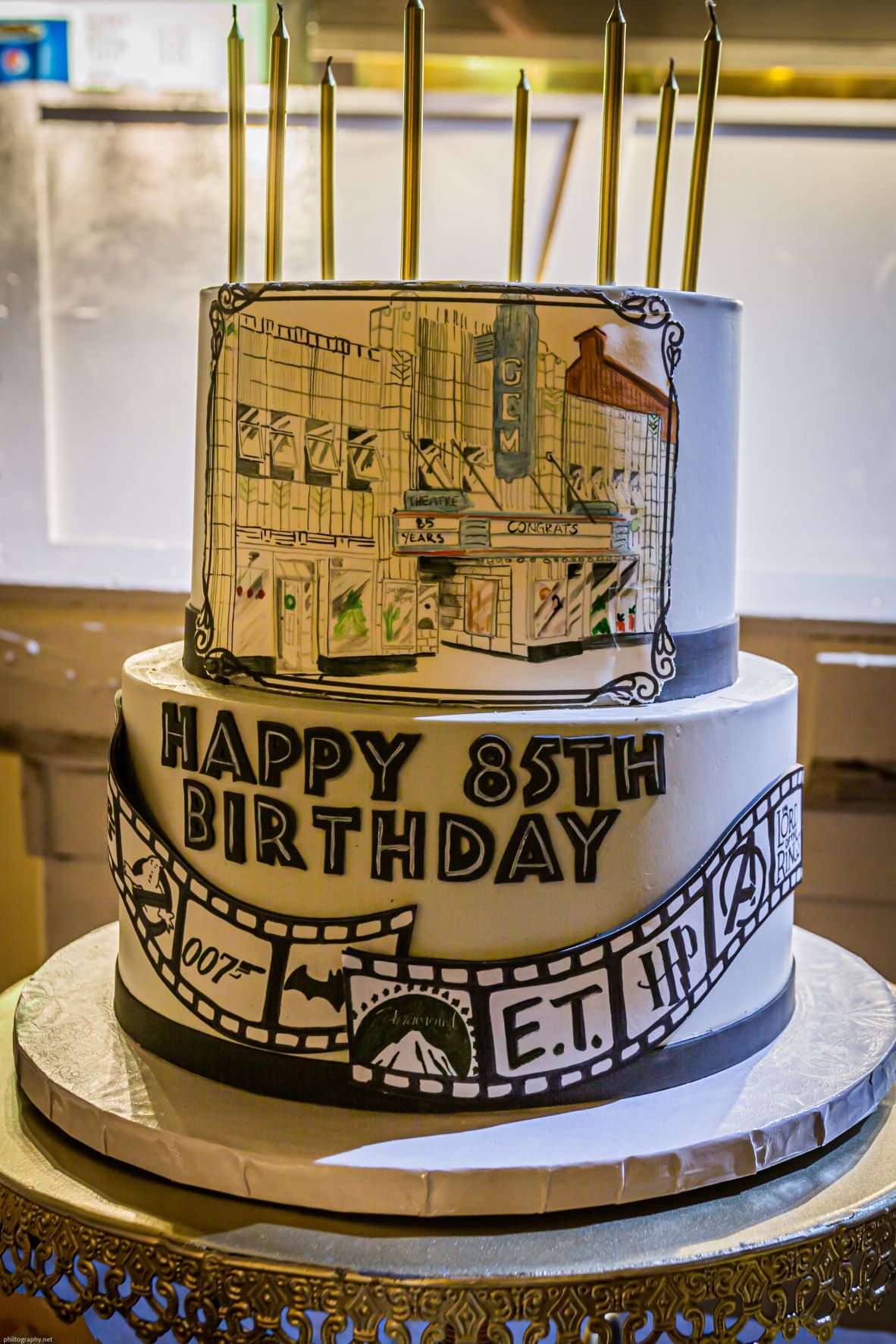 The city of Kannapolis and the management of the Gem Theater held a celebration on Tuesday to celebrate the 85th anniversary of the Gem and the theatre’s selection in the National Register of Historic Places.

In a brief ceremony, Kannapolis Mayor Darrell Hinnant spoke about the importance of theater to the community of Kannapolis. “The theater has been a benchmark for the City for 85 years. This is where people go for their first dates, their first kiss, people got engaged and got married here. It is simply a key part of the fabric of our community. Its prominent marquee is iconic and impactful, and city council knew that investing to restore it had to be a top priority. We are delighted that it has been listed on the National Register of Historic Places.

Steve Morris, who owns and manages the operations of the theater, commented, “I am happy to have this partnership with the City. We are working together to ensure that there will be another 85 years of Gem Theater in Kannapolis. We look forward to what the future holds for this historic building.

“This is a very special historic building, and it is exciting to see it maintained and used. By receiving the designation from the National Register of Historic Places, we are ensuring that the theater is protected and preserved for generations. We are very happy to be here to celebrate with Kannapolis today, ”said Brett Sturm, of the NC Historic Preservation Office. The NC Historic Preservation Office worked with the city with the restoration of the marquee and the application process for the National Register designation.

Following the unveiling of the National Register of Historic Places bronze plaque, attendees were treated to a birthday cake, the famous Gem popcorn, and a tour of the new accessible bathrooms on the first floor. 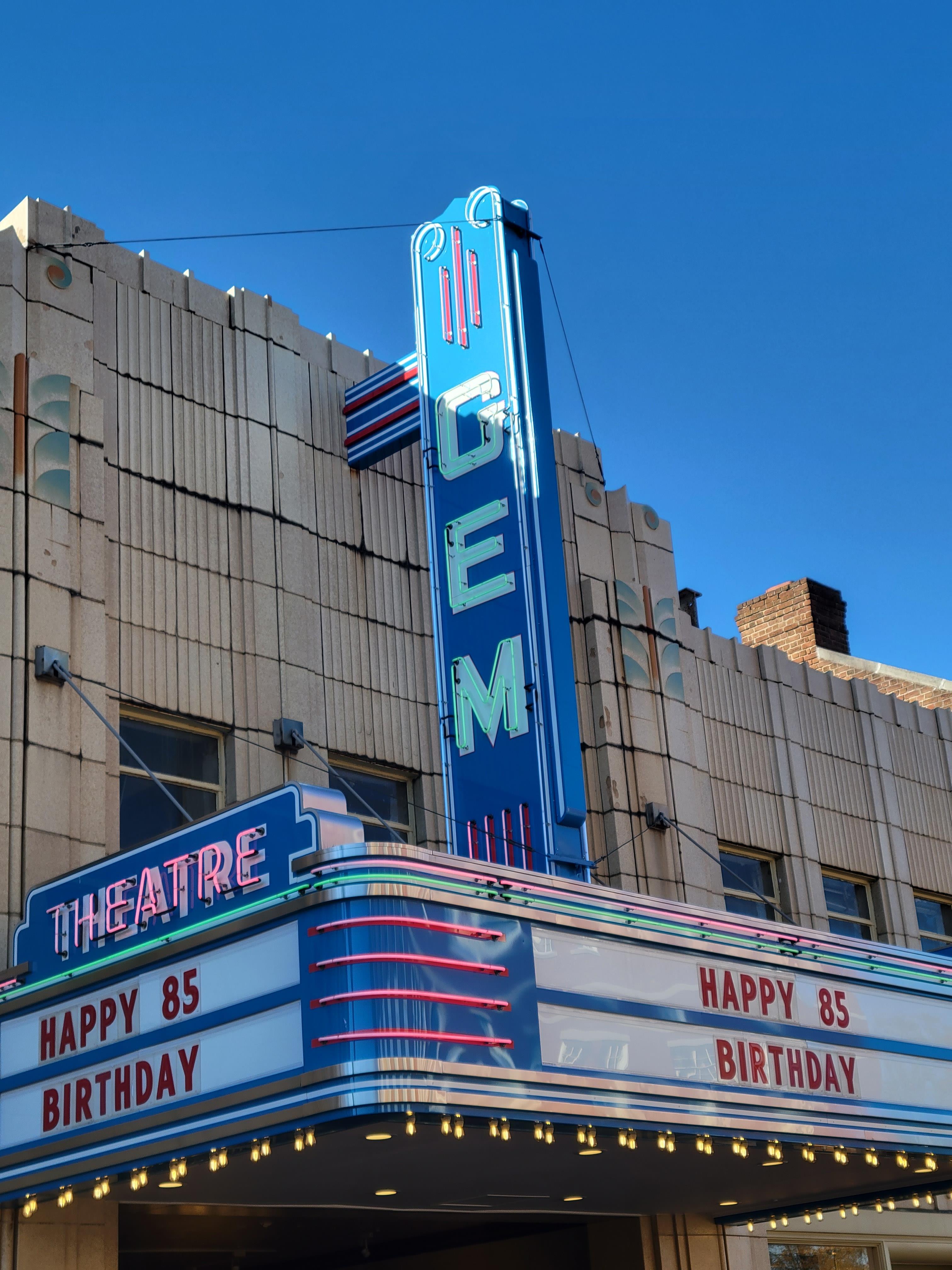 The City has completed a master plan to determine the immediate structural needs of the theater as well as planning for the future uses of the facility. Over the past two years, the City has replaced the roof, the HVAC system, restored the historic marquee and added accessible toilets on the first floor.

History of the Gem Theater

The theater was built in 1936. The theater was built by Cannon Mills to provide recreational opportunities for carpenters. One of the many facilities built in Kannapolis for Cannon Mills employees. (The mill owners built four single-screen theaters operated under the Towel City Theaters banner. The Gem Theater opened in 1936, followed by the Palace in 1938, the Dixie in 1939, and the Swanee in 1940. The Dixie a was closed in 1957 and demolished in 2006. The Palace, a separate theater for African Americans, closed in 1969 and was converted into a morgue. The Swanee closed in 1971 but is in the process of being refurbished as a concert hall).

The Gem Theater suffered a serious fire in 1942. The facade, offices, projection booth and parts of the hall were saved, but the balcony, auditorium and stage were destroyed. These areas were rebuilt in 1948 in the midst of World War II with material and labor shortages resulting in delays in completing repairs. Other renovations and additions over the years have been carried out without detracting from the historic significance of the building. These changes included additions to the screen and sound systems in 1953 with the addition of a fixed widescreen and stereo sound. In the 1960s, the 1940s gold and silver decorative leaves were repainted and a new concession stand was built. In 1986 Dolby Stereo was added and the current concession stand was built in the 1990s. The bathrooms were renovated in 1997.

The theater is also distinguished by its Art Deco architecture, the marriage of the work of two different architects over a long period. Drawings recovered from the old engineering department at Cannon Mills show that the original theater was designed by Charlotte architect Marion R. Marsh. Marion R. Marsh (1893-1977) moved to Charlotte, North Carolina from Florida in 1916 and opened her own practice in 1922. Architect Charles Benton (1887 / 1888-1960) de Wilson was hired to design the rehabilitation of the theater after the 1942 fire caused considerable damage to the auditorium and the stage in 1942.

The theater’s Art Deco design is considered one of the finest surviving examples in North Carolina, and continues in the tradition of late-period palace theaters. Near the stage, on the east and west sides of the hall, are emergency exits with large painted carved screens depicting exotic birds flying along a floral vine framed in a meandering wave. Its flattened, vertical facade features stylized floral accents rendered in terracotta, geometric trim, and contoured balustrades. Other structural elements of note include the original terrazzo and terracotta floors and wooden doors. The original balcony structure is in place and operational.

Over the years, the theater has seen a variety of performances, including Roy Rogers, Jimmy Dickens, the Grand Ole Opry, and the Avett Brothers. Entrance and concession prices are reminiscent of the past and remain affordable, allowing families to enjoy first-run films each year.

The city is working with Clearscapes, a Raleigh-based company specializing in the historic preservation and renovation of theaters and performing arts centers, which has helped the city develop a master plan for the expansion and improvement of the Gem Theater. The next phases of renovations include new seating and renovations to the auditorium and theater stages.

We would also like you to share your favorite memories of time spent at the Gem Theater. Please send us your memories and photos to [email protected]