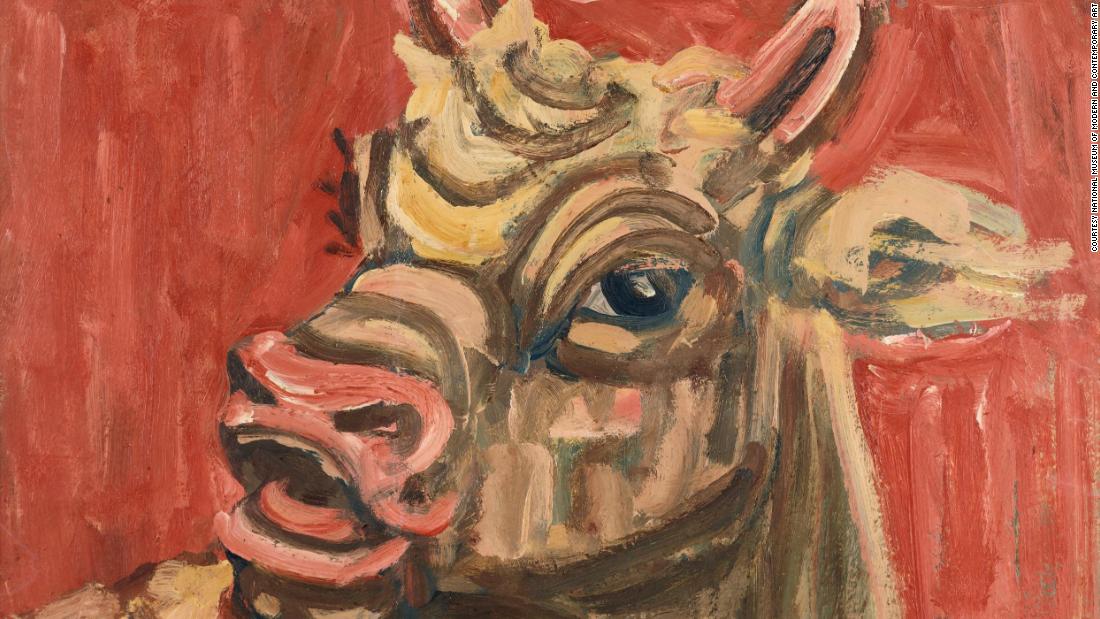 Visitors to the museum got their first glimpse of some of the 23,000 works of art donated to South Korea from the collection of late Samsung president Lee Kun-hee.

Two exhibits of the artifacts opened in Seoul on Wednesday, just months after the businessman’s family announced the donation as they seek to settle an inheritance tax bill of more than 12 trillion won ( $ 10.4 billion).

“Thinning after Rain on Mount Inwang”, created by court painter Jeong Seon in 1751. Credit: Courtesy of the National Museum of Korea

Lee, whose father founded tech conglomerate Samsung in the 1930s, died last October at the age of 78. In April, her family announced that they expected to pay more than half of the value of their estate in inheritance tax over a five-year period.

On the same day, the South Korean Ministry of Culture, Sports and Tourism revealed that the Lee family donated around 23,000 antiques and works of art to public collections. In a press release at the time, the ministry said the acquisition would help the two institutions “compete with famous museums abroad.”

Neither Lee’s relatives nor the museums have disclosed the value of the gift or confirmed how, or even if, it will appear in the family’s inheritance tax liabilities.

The MMCA received nearly 1,500 works, in what the museum this week called “the gift of the century”. According to senior curator Park Mihwa, the collection of paintings, drawings and sculptures represented the greatest contribution received by the museum “in terms of value and scale”.

“The rare and major works of art from the early 20th century and overseas works have dramatically improved the quality and quantity of the museum,” Park told CNN, describing the acquisition as “an opportunity to broaden the horizons of research in art history through continuous research “.

“We got masterpieces that would have been difficult to buy with our annual fundraising budget of 5 billion won ($ 4.35 million),” she added. “So we expect this collection to help arts tourism and help South Korea become a powerhouse of arts culture in the future.”

Among the objects acquired by the MMCA are 119 works by Western artists, including Paul Gauguin, Pierre-Auguste Renoir, Camille Pissarro, Marc Chagall, Salvador Dalí and Joan Miró. But more than 90% of the pieces are by contemporary Korean artists, including more than 100 works by painter Lee Jungseop and nearly 70 by famous craftsman Yoo Kangyul.

“Women and Pots” by Korean painter Kim Whanki. Credit: Courtesy of the National Museum of Modern and Contemporary Art

At the National Museum of Korea, an exhibit of older artifacts from Lee’s collection also opened on Wednesday. The exhibit features 45 historical artifacts, including Buddhist statues, rare woodcuts, and Bronze Age earthenware.

The museum also exhibits a number of artifacts considered “national treasures” by the South Korean government, including an ink wash by Joseon Dynasty court artist Jeong Seon and a gilded bronze bodhisattva. dating from the 6th century.

A bodhisattva, cast in bronze in the 6th century, was among the objects considered a “national treasure” by the South Korean government. Credit: Courtesy of the National Museum of Korea

Earlier this month, the Ministry of Culture, Sports and Tourism revealed that he plans to build a new museum entirely dedicated to Lee’s collection, with two candidate sites in Seoul currently under study.

Meijer is looking for artists for a new creative event