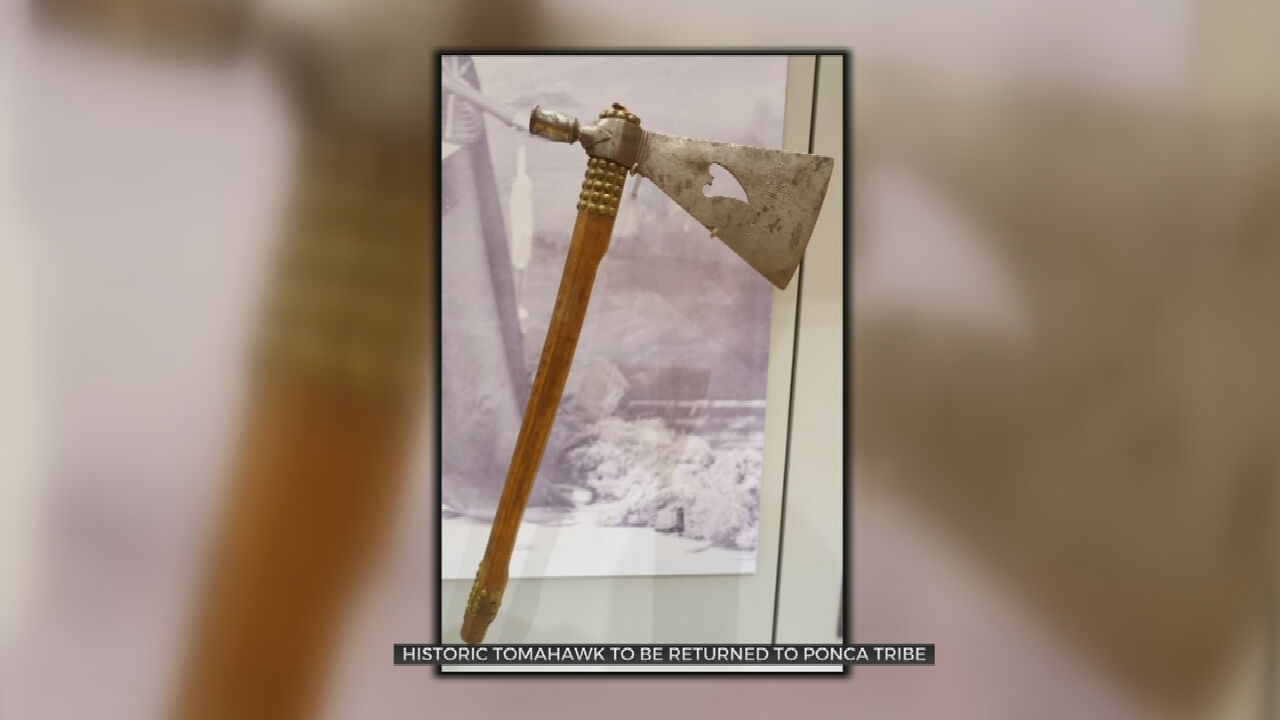 A historic tomahawk that once belonged to a Ponca chief and Native American civil rights pioneer is returned to the tribe.

The tomahawk, once owned by Standing Bear, has changed hands several times over the years. It is currently on display at Harvard’s Peabody Museum of Archeology and Ethnology, but not for much longer.

Harvard said it worked with members of the Ponca tribe in Nebraska and Oklahoma to bring the artifact back to the tribe.

The conversation about who morally should have the gun came after Tulsa’s attorney and Standing Bear descendant Brett Chapman wrote the university a letter saying the tomahawk should be returned.

In the late 1800s, the Ponca tribe were forced from their native Nebraska to present-day Oklahoma.

After the deaths of several members of his family, Standing Bear defied the US government by leaving the reservation to return to the north. He was arrested, and that arrest ultimately led to a landmark federal civil rights decision.

“When he won he had these two lawyers representing pro bono… Standing Bear is so grateful that he gives them both tomahawks, a headdress,” Chapman told News On 6 in May.

The lawyer’s family sold the inheritance after his death and it was ultimately donated to Harvard.

“We are in that period of our history where we begin this reconciliation with our own history, different points of view, different races, different cultures,” Chapman said. “This tomahawk is very important to the culture and history of Ponca.”

Jane Pickering, the museum’s director, told The Associated Press that the tribe hoped to travel to Harvard in September to see the tomahawk and a few other artifacts, including a pearl necklace, prickly moccasins and a pipe.

The Ponca tribe in Nebraska said they were preparing a museum, located near the grave of Standing Bear, where he would display the artifacts.