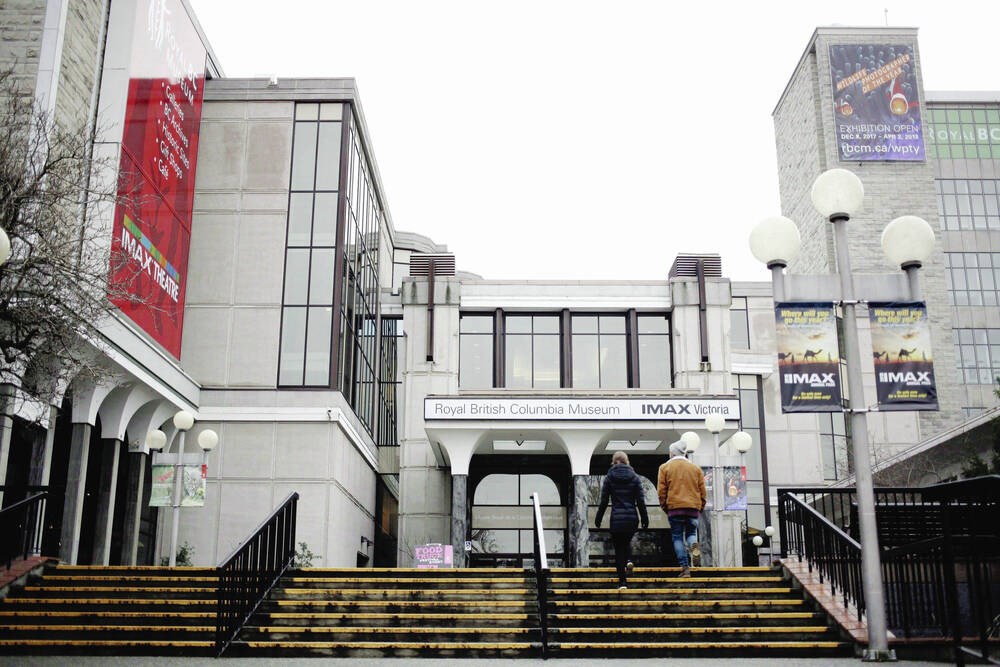 • The museum was founded in 1886 in response to a petition signed by 30 prominent citizens. He was housed in a single room adjoining the office of the provincial secretary in the Capitol buildings, nicknamed the Birdcages. John Fannin, an avid outdoorsman and gifted collector and taxidermist, was appointed his first curator.

• The provincial government has been collecting archival documents since 1894, held by the Legislative Library. In 1908, the Provincial Archives was established as a separate institution, mandated to collect records of provincial importance.

• Over the next 12 years, the museum was moved twice, first to the old Supreme Court building and then in 1898 to the east wing of the newly constructed Legislative Buildings. During these years, 3,700 people recorded their visits to the museum each year (actual attendance was probably two to three times higher).

• Over the next 30 years, the museum grew. A new space was created for ethnological artifacts when the basement of the east wing was available in 1921; William Newcombe, son of CF Newcombe, and Dr Ian McTaggart Cowan joined the museum as assistant curators of biology; research articles have been published; and visitors arrived from across Canada and across the United States, including US President Theodore Roosevelt.

• In 1941, six vacant lots at the corner of Belleville and Douglas streets in Victoria were transformed into Thunderbird Park, where totem poles from the museum’s collection were displayed. Ten years later, pole deterioration had become a serious problem, and anthropology curator Wilson Duff launched a pole restoration program. The totem poles currently on display in Thunderbird Park are replicas of the originals, which have been moved inside, where they can be properly kept.

• In 1963, Prime Minister WAC Bennett announced his intention to build a new museum and archives as part of the Canadian Centennial Project.

• In 1966, Queen Elizabeth, the Queen Mother, consecrated the cornerstone of the current museum exhibits building.

• In 1969, the museum’s second building, the Fannin Tower, was completed and museum staff and collections officially moved into the new facilities.

• The museum celebrated its centenary in 1986 and participated in the second phase of its natural history galleries, Open Oceans.

• In 2003, with the proclamation of a new Museums Act, the Archives of British Columbia, the Helmcken House, the Netherlands Carillon, Thunderbird Park, St. Ann’s School and the Royal BC. The museum came together as the Royal BC Museum Corporation, creating a cultural district.

• In the fall of 2021, the province and the museum board announced the closure of the third floor on December 31 as the museum undergoes a “decolonization” of exhibits. The museum begins consultations with “all voices” in the province to reorganize and redesign the space now occupied by the Becoming BC and First Peoples exhibitions.