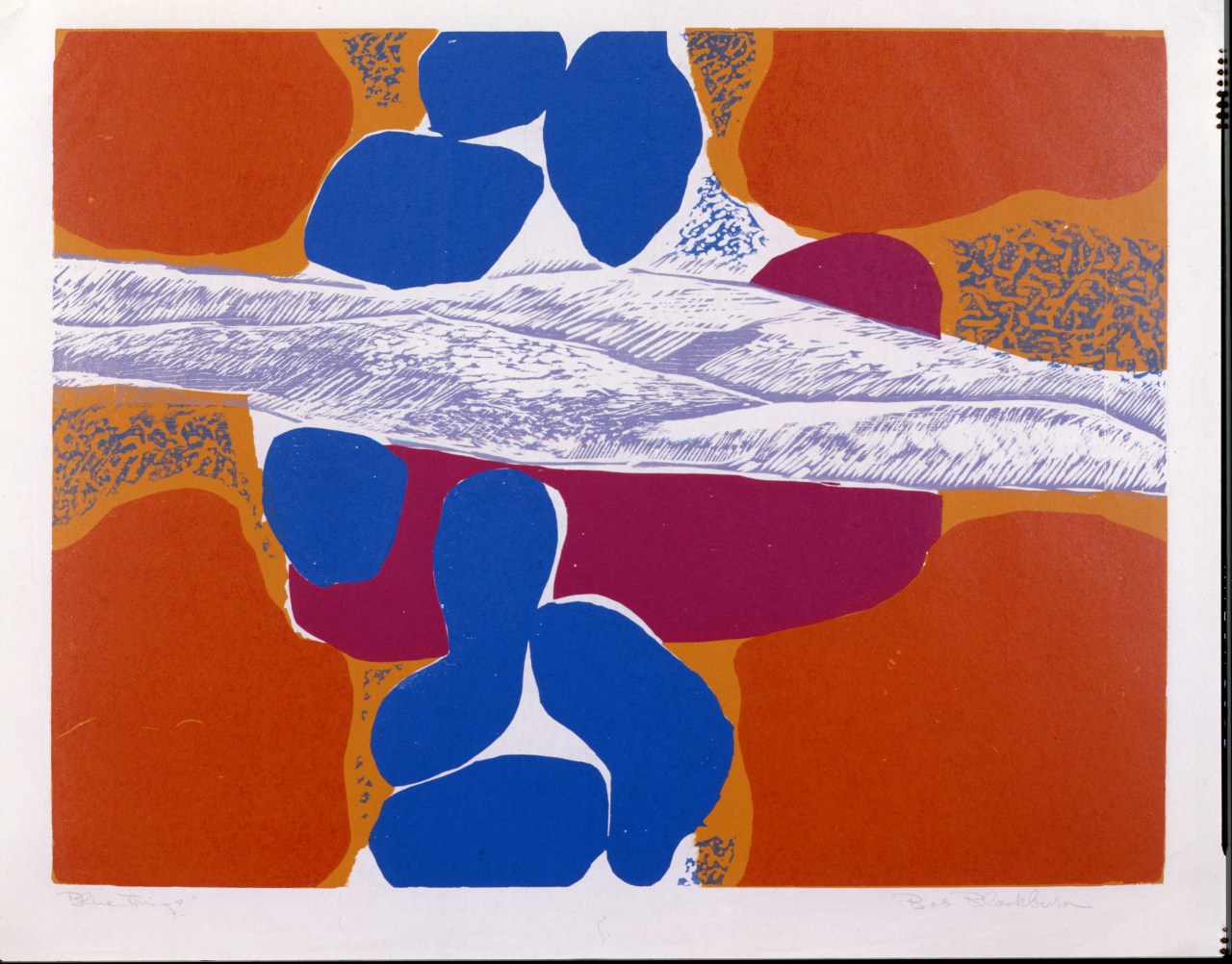 The life and work of Robert Blackburn (1920-2003), an influential black artist, teacher and master printmaker, will be featured in a new Smithsonian exhibit that opens on Saturday, October 9 at Figge Art Museum, 225 W. 2nd St., Davenport.

Robert Blackburn and Modern American Printmaking celebrates a key artist in the development of printmaking in the 20e century and the artistic community it created. Blackburn has engaged with avant-garde ideas while promoting a new collaborative approach to the medium of printmaking. His innovations and mastery of printmaking helped define the aesthetic of the American graphic “boom”, according to a museum statement.

The exhibition features over 75 works of art, including lithographs, woodcuts and watercolors that trace Blackburn’s artistic evolution from figurative work to colorful abstraction, alongside the art of his contemporaries. such as Grace Hartigan, Elizabeth Catlett, Romare Bearden and other iconic artists with whom Blackburn collaborated.

Organized in chronological order, the exhibition begins with works created in the 1930s when Blackburn was a student, progressing to the period of vital experimentation in his studio in the mid-20s.e century and spans the 1990s and 2000s with prints created by a range of contemporary artists.

The son of Jamaican immigrants, Blackburn grew up in Harlem, New York, during the Harlem Renaissance – an artistic flourishing unprecedented in New York’s creative black community. In this atmosphere, the arts were seen as essential to the well-being of society as well as a fertile medium for activism.

These values ​​have resonated with Blackburn throughout his life and work. In 1947, he founded an engraving workshop as a welcoming space where artists of all levels can learn and create together. In his studio, Blackburn cultivated a democratic, diverse and creative community that has influenced artists across the country and the world. It is still in service today.

“The Figge is delighted to bring this important exhibition to the community,” said Figge Executive Director and CEO Michelle Hargrave. “Blackburn’s work is magnificent and breathtaking, and this exhibition showcases his talents as a pioneering master engraver, his generous spirit and his lasting impact on the art world. As a window into the big things that can result from a diverse and inclusive collaboration, it’s also a timely spectacle for the Figge, given the museum’s commitment to championing fairness in Quad Cities today.

Curator Deborah Cullen-Morales hopes the exhibition will spark a wider appreciation of the artist’s own work, about which he was humble and private. Shedding light on his development as an engraver, he not only presents a range of works of art, but also highlights his technical innovations that have taken the medium forward, for example his multi-stone color lithography. “Some of his innovations in color — it’s hard for us to remember how difficult it was to work in color and have access to a press back then,” says Cullen-Morales. “I think this has been overlooked.”

Sponsored locally by Schafer Interiors, this exhibition will be on view until January 9, 2022.

SITES (Smithsonian Institution Traveling Exhibition Service) has shared the richness of the Smithsonian’s collections and research programs with millions of people outside of Washington, DC, for over 65 years. SITES connects Americans to their shared cultural heritage through a wide range of exhibits on art, science and history, which are presented wherever people live, work and play. For more information, including exhibition descriptions and tour times, visit www.sites.si.edu.

For more information on the Figge (masks are currently required for all guests) visit his website.