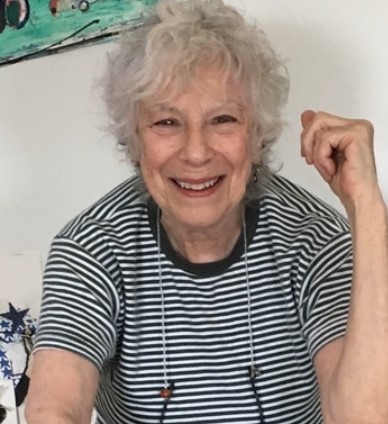 Kingston resident Jenny Snider has been named the recipient of its Murray Reich Distinguished Artist Award by the New York Foundation for the Arts.

She shared the honor with fellow multimedia artist Suzanne Jackson of Savannah, Georgia.

The $ 12,000 award, which was established in 2015, recognizes artistic excellence and provides resources to mature visual artists with a long history of creative practice.

With the support of an anonymous donor, the foundation created the annual unrestricted cash prize to enable artists with a long history of creative practice to pursue more in-depth inquiries or new explorations that may inform or enrich their job. It was developed in memory of artist Murray Reich, a New York-based painter who was also an art professor at Bard College.

Working professionally for more than five decades, Snider (Fellow in Painting in ’86 and ’91) has exhibited widely in New York and the United States, including a solo exhibition in 2018 at the Edward Thorp Gallery in New York. She finds inspiration for her work in personal memory, as well as in our shared cultural and historical memories. She narrates these moments in many media, including painting, drawing, sculpture, and animated film.

Snider received her MA in 1966 from Yale University School of Art and Architecture, where she studied established canon and trained as an Abstract Expressionist painter with Al Held and Jack Tworkov. She came of age as an artist in 1970s New York City and was involved in a circle of her peers, including Elizabeth Murray, Patsy Norvell, Louise Fishman, and Joel Shaprio. She credits Second Wave feminism for expanding her understanding of art to include the handmade arts of everyday life: sewing, quilting, folk, and outsider art.

Snider’s work is in the collections of the Solomon R. Guggenheim Museum, the Whitney Museum of American Art, and the Jewish Museum, all in New York; Davis Museum at Wellesley College; and in many private collections. She has received numerous awards and honors, including the Hassam, Speicher, Betts and Symons Academy of Arts and Letters Purchase Fund Award; a scholarship from the American Academy in Rome in visual arts; a President’s Award for Teaching Excellence from Queens College, CUNY; three Yaddo residences; and two grants from the National Endowment for the Arts and the New York State Council on the Arts (NYSCA) / New York Foundation for the Arts (NYFA). She was represented by the John Davis Gallery in Hudson from 2011 until it closed in 2019.

In a press release, Snider said, “It is a special honor to be publicly recognized for work done in solitude. And it is gratifying to receive a monetary reward, imagining the completion of a long postponed job. I am especially grateful for this award now, because after almost two years I can imagine a future. “