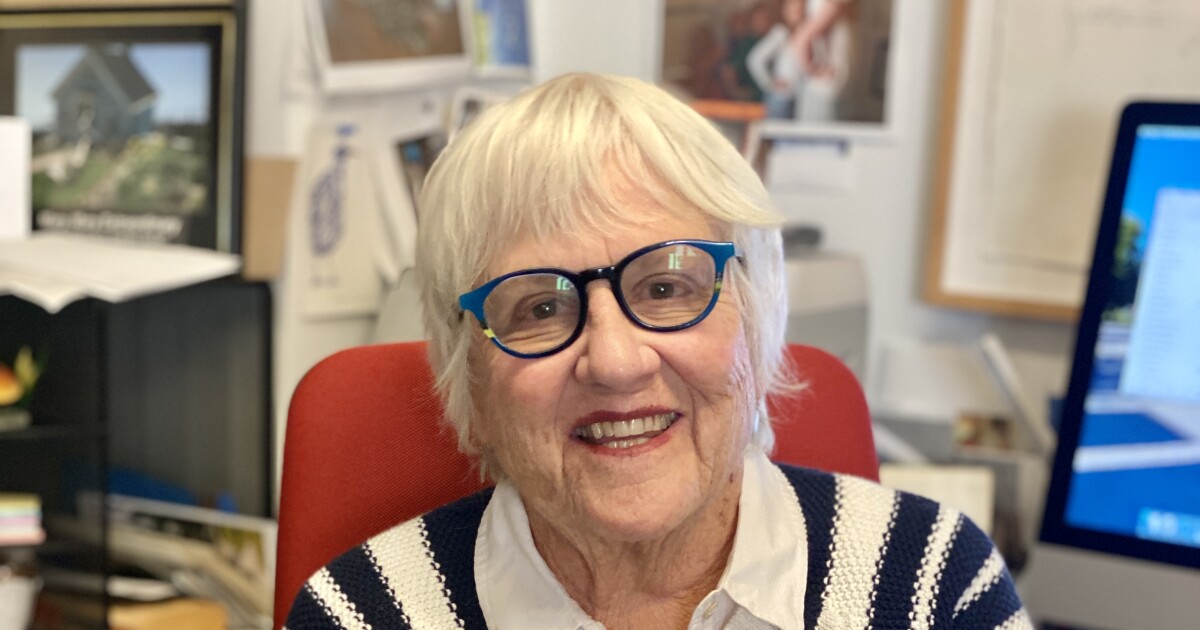 Much of La Jolla’s early progress was fueled by prolific philanthropist Ellen Browning Scripps. But many more women followed as major benefactors of La Jolla. This series from The Light shines a light on local women who have worked for decades to advance the evolution of La Jolla and regions beyond.

Mary Livingston Beebe believes that living with art is an indispensable experience and has worked to ensure that local university students are exposed to this principle on a daily basis.

Beebe is the founder and sole director of the Stuart collection at UC San Diego in La Jolla. The collection of 20 commissioned sculptures on the university campus began in 1981.

The collection was the idea of ​​James Stuart DeSilva and was funded and owned by the Stuart Foundation until 2002, when the collection transferred ownership to UCSD but retained its name.

Beebe will retire on December 31 after 40 years of promoting public art at UCSD.

She is also a member of the La Jolla murals, a project of the Athenaeum Music & Arts Library which organizes a collection of murals in public spaces across the village, Bird Rock and The Shores.

She spoke to La Jolla Light about the Stuart collection, his heritage and his.

Q. What was your approach to directing the Stuart collection?

A. “I did not receive training as a curator. I didn’t want to buy things and put them on campus; it was not my take on how things could happen. I wanted to work with artists.

“I say [to an artist], ‘Let’s take a walk, let’s talk about ideas.’ … My goal has always been to make artists happy, but also to make things part of the university, part of the life and the ongoing activity of the university. These are not just things to watch, they are experiences of sorts. “

Q. What are you most proud of in your 40 years with the Stuart collection?

A. “I’m just proud of the fact that [the pieces] have become a living part of the campus. They change over time, their interpretations somehow change, but it’s not really a museum experience.

“What we wanted here was something that people could see over and over again. … Students change every year, so it becomes a new part of someone’s world again.

Q. As a woman, have you encountered any obstacles to your success?

A. “I never felt like I belonged to this kind of feminist movement [though] I was sympathetic. University has been really good.

“I had a lucky life where most of my mentors were women. And… I have three sisters; I’m one of four girls and one boy, so maybe that has something to do with it.

“My parents always said, ‘Spread your wings and fly away. You can do what you want.’ I feel really lucky.

Q. Why do you think the Stuart collection has garnered so much attention over its four decades?

A. “I think they’re all important artists. We try to choose artists who… think in interesting ways, not just artists with a history of public art.

“Meet these [pieces], I always tried to have fun. There is no percentage to get angry with art. People react differently.

Q. What is the next piece in the collection, and will it be the last piece under your direction?

A. “Ann Hamilton is going to make these cobblestones, a 600 foot walkway that will start at [new trolley extension station opening in November] with quotes from academics and a poem in the middle. You would land in an ocean of words.

The walkway will open when the cart extension begins to operate. Beebe said it was “probably” his last piece for the collection.

Q. What would you like La Jollans to know about public art?

“When ‘Sun God’ came in, people said, ‘Well, that doesn’t represent college.’ But there isn’t any kind of icon that represents the whole university. I said, ‘There will be more, and we hope you find something that you really like and that together they might represent the diversity of the university.’ “

Q. What do you hope for the Stuart collection after you retire?

A. “I hope the new director has a lot of energy and vision and that he understands how he wants to function in the university, which is becoming so great.”

Q. What do you want your inheritance to be?

A. “Just the existence of these works. The works collectively made a difference on campus and added to the feeling that art is a part of life here. ??