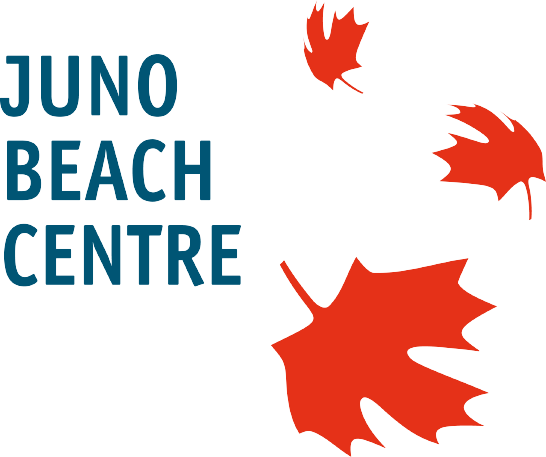 BURLINGTON, Ontario, March 25, 2022 (GLOBE NEWSWIRE) — Earlier this month, the Juno Beach Center (JBC), Canada’s Second World War Museum and Memorial in Normandy, France, has launched the temporary exhibition From Dieppe to Juno: The 80sand Anniversary of the Dieppe Raid. The exhibition, produced in partnership with the War Heritage Institute (WHI) in Brussels, Belgium and sponsored by Seaspan shipyardstakes place until December 31, 2023 in Courseulles-sur-Mer, France.

From Dieppe to Juno features a wide range of artifacts and personal testimonies from people who participated in or were affected by the raid. Visitors will be immersed in the tense context of 1942, the height of the Nazi regime’s powerful grip on Europe.

From Dieppe to Juno features a total of 72 artifacts. Casualties were so high during the Dieppe Raid (Operation Jubilee) that artifacts are hard to come by. “The objects we found are quite powerful and reveal the importance of the raid,” said Marie Eve Vaillancourt, director of exhibits at the Juno Beach Center. “Each of them is a real treasure,” she continues. “They will help the JBC tell the story of the Dieppe Raid through the individuals who experienced the raid and whose artifacts we will feature. Their presence in France will help visitors understand the legacy of the Dieppe Raid and keep its memory alive for future generations.

Eighteen of the artifacts came from Canadian lenders, either from Canadian museums or from family collections. Gérard Audet was a soldier who served in Les Fusiliers Mont-Royal (FMR), a French-speaking regiment raised in the Montreal area. In 2017, Léandre Marsolais, Gérard’s great-grandson, rediscovered a box of war souvenirs that his great-grandfather had treasured under his bed all his life. Gérard was captured in Dieppe and during his captivity made a pair of beautiful embroidered handkerchiefs in tribute to the sacrifice of his regiment on August 19, 1942. Coincidentally, Hervé Fihue, a French historian and militaria collector, lent the JBC the helmet which Private Audet threw away when he went to the beach at Dieppe. Léandre Marsolais declares: “I am happy and moved that the helmet and the family artefacts are exhibited in France and that people remember Gérard Audet, our hero.

Private Gérard Audet was one of 344 RMF soldiers captured during the Dieppe raid. The French-Canadian battalion was part of the floating reserve of the 2nd Canadian Infantry Division for the operation. The fog of war and an incomplete message from the shore led Major-General John Hamilton Roberts to order the FMR into action in support of the Essex Scottish. Unfortunately, the order made the ongoing disaster worse. The Fusiliers lost 513 soldiers (of the 584 who participated) killed, wounded and captured in just a few hours. Audet and most of his comrades endured over 30 months in Nazi POW camps between 1942 and 1945.

Stories like Audet’s allow the JBC to illustrate what captivity was like for thousands of Canadians. The perspectives of Audet and other French Canadians also help From Dieppe to Juno talk about the reaction of Quebecers to the Dieppe Raid. Mr. Marsolais says: “For a long time, these artifacts represented the suffering that my great-grandfather experienced during the war. Nobody talked about it, we tried to forget. In 2018, when I did my research on what happened to him, when he was taken prisoner, we brought them out. We talked about it as a family. My 98-year-old great-grandmother told us what she remembered about her story. All of her children wanted to participate. It brought us together. They are very precious these artefacts, because they allow us not to forget.

The Dieppe Raid was the Canadian Army’s first major fight against Germany during the Second World War. It was a one-day operation conducted primarily by Canadian troops on August 19, 1942, with ground, air and naval support from British and American troops. Its official purpose remains shrouded in mystery and is the subject of widespread mythology and controversy.

In less than 10 hours of fighting, two-thirds of a force of 4,963 Canadians were wounded, captured or killed. In total, more than 900 Canadian soldiers were killed in action or died of wounds, of which almost 600 are still buried at the Dieppe Canadian War Cemetery in Hautot-sur-Mer, France.

The legacy of the Dieppe Raid extends beyond borders and time. By telling the story, From Dieppe to Juno explores the impacts of this heritage through the various experiences of witnesses from all walks of life.

The Dieppe Raid remains one of the most identifiable events in Canadian history of the Second World War, so much so that for many decades it occupied a greater place in the collective memory of Canadians than the landing in D-Day Normandy in 1944. It wasn’t until recent years that the events of Juno Beach caught up with Dieppe in Canadian memory. This new exhibit explores how the mythology linking the horror of Dieppe to the success of Canadians on D-Day has evolved over time.

Long remembered as a tragic failure, Dieppe’s story is as complex as it is nuanced. It has been intensely studied by historians over the ensuing decades and continues to be the subject of debate among scholars and enthusiasts. For visitors discovering the subject for the first time, From Dieppe to Juno provides accessible and factual insight into the planning, the raid itself, and its aftermath. For more informed visitors, the exhibition will also delve into little explored facets of the raid.

ABOUT THE JUNO BEACH CENTER

The Juno Beach Center was established in 2003 as a permanent memorial to all Canadians who participated in the Allied victory in World War II, and to preserve this legacy for future generations through education. The Center in Normandy, France honors the nearly 45,000 Canadians who died during the war, 5,500 of whom were killed in the Battle of Normandy and 381 on D-Day. Nearly 20 years and more than a million visitors later, the Center was designated a site of national historic significance for Canada. It is owned and operated by the Juno Beach Center Association, a registered charity based in Burlington, ON, Canada.

ABOUT THE WAR HERITAGE INSTITUTE

The War Heritage Institute (WHI) is the Belgian federal scientific institution responsible for the preservation and public accessibility of military heritage. In this capacity, the WHI manages and preserves a number of important historical military collections from the Middle Ages to the Cold War. These collections are presented to the public in the six sites of the WHI: the Royal Museum of the Army and Military History in Jubilee Park in Brussels, the National Memorial of Fort Breendonk, the Caserne de Bastogne, the Tranchée de la Mort at Diksmuide, the command of Kemmelberg bunker and gunfire at Brasschaat.