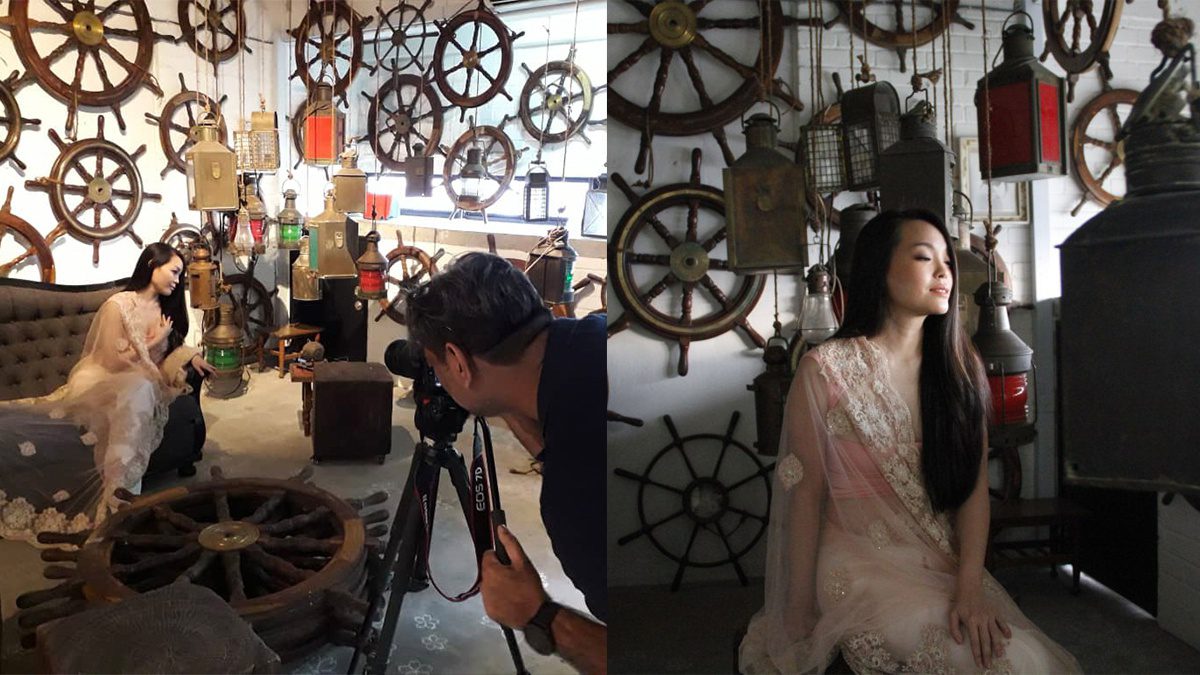 Poesy Liang is no ordinary artist.

With diverse backgrounds in architecture, business, media outreach and the luxury industry, the 45-year-old artist recently transformed his late father’s maritime artifacts into an art installation.

According to Poesy, his late father was an avid collector of maritime artifacts and even opened three maritime curiosity shops around Kuala Lumpur.

However, the commercial failure led the stores to close their doors. Both father and daughter struggled when tumors were found in Poesy’s spinal cord.

Today, following numerous invasive surgeries, Poesy is walking but with reduced sensations. She must watch carefully where she is walking so as not to fall and get hurt.

Fortunately, Poesy’s family was able to support herself after her mother became active in traditional Chinese medical practice.

Popularly known for the iconic Harry Putter, aka the Cat on the Roof, Poesy is also a composer, artist and jeweler trained in classical Chinese art.

Noticing that maritime artifacts were stored in the attic of her home, Poesy realized that she could turn them into an art installation.

“It was always a huge burden on the family, literally weighing on us. It represented the shame of my father, I saw him as a broken man when I was five. He never got over it and is got bitter growing up, ”Poesy said. .

To redeem the pain of failure, Poesy used his background in creating film sets to turn those artifacts into an installation.

“I got to see how the family home can stage an incredible installation with them. So I set out to put it in place over the years, to earn money to make things happen, to find the right people who helped me make my ideas come true ”, she said, adding that the process had taken many years.

The artefacts were first displayed in his family home in 2008 and then moved to Abundantia.

The current installation incorporates music, sound and lighting to focus on dark themes such as loss and mourning.

“I’m not sure it will help my father heal, but it certainly caused my own healing.”

The Pirate’s Daughter will be installed until the end of 2021 before moving to another location.

TIME Magazine’s latest cover is so good it scares you. And it was done by a Malaysian.