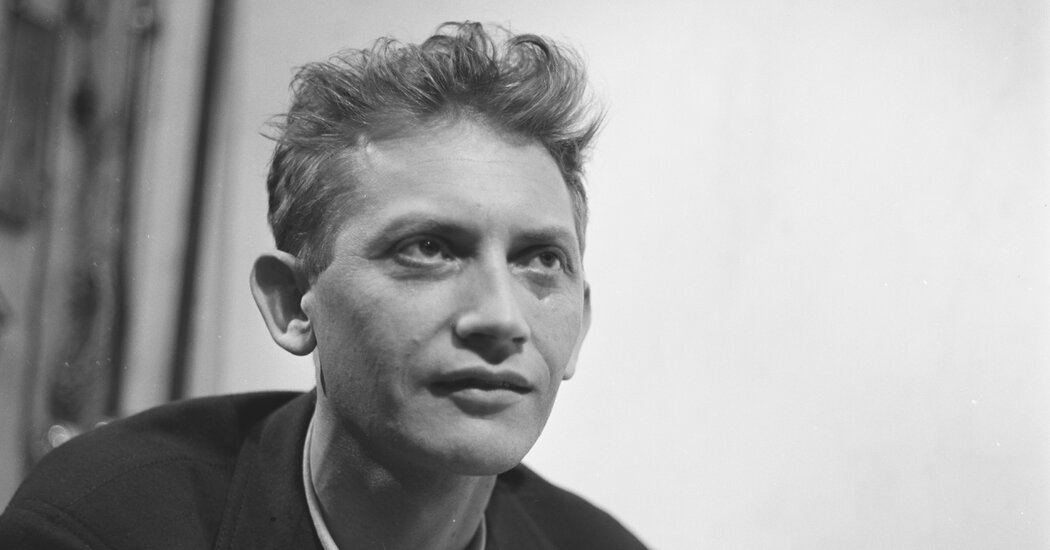 Walking through Art Basel Miami Beach in 2018 as the new Executive Director of the Museum of Contemporary Art in North Miami, Chana Budgazad Sheldon almost fell when she confronted the paintings on display by the New York gallery. Venus over Manhattan.

She immediately recognized the spooky and cartoonish characters, bursting with bodily fluids and strange protuberances, during visits nearly two decades earlier to the New York apartment of her grandmother’s friend Annette, wife of the artist known as Maryane.

Born in 1927 in Poland and the only member of his family to survive the Nazi concentration camps (he was imprisoned under his mother’s maiden name, using Pinkas Bursztyn), he moved to Paris in 1950 and studied with Fernand Léger, reinventing himself as the artist Maryan (pronounced Ma-ree-yan).

He immigrated to New York in 1961 and exhibited frequently with the Allan Frumkin Gallery before dying of a heart attack in his studio at the Chelsea Hotel in 1977 at the age of 50. His wife, Annette, had met Ms Sheldon’s grandmother during the war when they were both hiding in a French convent and had remained close.

When Ms Sheldon first started in the art world as a gallery assistant, she was among the few to gain an audience from Annette, who lived in a time capsule of Maryan’s work after her death (and may have hampered her legacy by fiercely protecting her during her lifetime).

Tracking down Maryan’s artwork in 2018, now as the steward of a Miami institution, “had an unexpected impact,” Ms. Sheldon said. “I immediately linked his experience as an immigrant, exploring his trauma and lived experience through his art, with something that would resonate with the large immigrant community where the museum is located.”

In a full-fledged retrospective presented at MoCA North Miami through March 20, “My Name Is Maryan” introduces the artist to a large audience gathered this week for Art Basel Miami Beach. With a new scholarship from the curator Alison gingeras, who organized the exhibition, and a wealth of works never before exhibited to the public, the exhibition traces Maryan’s extremely expressive figurative form, reinserts the work into a larger historical art context, and connects it to universal human experience.

“You would think they could be painted today,” said Adam Lindemann, founder of Venus Over Manhattan, who discovered dozens of canvases by the unknown artist when he purchased the estate from Mr. Frumkin. A few years ago.

Since then, Mr. Lindemann has found cult enthusiasm for Maryan among collectors such as Bernard Ruiz-Picasso and artists like Eddie Martinez. Mr. Martinez organized the Maryan’s show this fall at Venus Over Manhattan in New York and compared the artist’s biomorphic blend of representation and abstraction to artists such as Philippe guston, Carroll Dunham, Elizabeth Murray, Dana Schutz and himself.

Mr Lindemann, who again includes paintings by Maryan in his booth at Art Basel Miami Beach, said the artist’s characters “are still essentially vomiting or bleeding or being annihilated, but that doesn’t not look like that – it’s just that kind of magical stuff coming out of them or in them.

“There is a positive resolution to the twists and turns of humanity,” he said.

In the retrospective’s opening gallery, Ms Gingeras offers a glimpse of Maryan’s eccentric studio at the Chelsea Hotel using unseen photographs she found in the 1970s as a guide. His crucifixion paintings and distorted head tondos hang in a living room style with African masks, folk art, and tin soldiers he has collected.

“I wanted to start by emphasizing the aesthetic impact of his mature work and how he built that visual world,” said Ms. Gingeras, who chose to tell Maryan’s story almost backwards. “He hated the label of ‘Holocaust artist’. It was important that this was at the heart of the series, but not the first thing you feel. “

From there, the exhibition focuses on Maryan’s “characters”, a cast of one-character caricatures started in the early 1960s that are both playful and monstrous.

Through a series based on Napoleon, recognizable by his military insignia, Maryan skins him almost alive, with objects exploding from his severed head.

Ms Gingeras argued that such a skewer could have helped to exorcise Maryan’s resentment towards France, which refused her citizenship application after a decade of living in Paris, as well as her traumatic memories of uniformed soldiers in the camps.

At Auschwitz, he survived eight bullets to the body in a mass execution by the Nazis as the Russians liberated the camps in 1945; one of his legs was amputated in Poland to save his life.

Although Maryan was never part of a particular movement, her work was exhibited in Europe in the 1950s in dialogue with members of the CoBrA Group, alliance whose rudimentary figuration is partly inspired by popular and childish art. The Miami retrospective unveils these affinities in an installation of Maryan’s paintings with those of Asger Jorn, Egill Jacobsen and other CoBrA artists.

Another group puts Maryan in conversation with the work of American friends and colleagues with whom he exhibited at the Frumkin Gallery in the 1960s and 1970s, including HC Westermann and June Leaf.

Ms. Leaf, now 92, remembers Maryan as a theatrical person who loved to perform magic tricks. “He had a sort of bluster,” she said of the way he leaned on his crutch.

Ms Leaf explained that it didn’t work for months, but then closed up and “suddenly exploded so many paints,” she said. “The paintings were very ugly but full of force. It meant everything to me.

Maryan’s Holocaust experience is explicitly addressed at the center of the show in the screening of “Ecce Homo”, an experimental film he shot with artist Kenny Schneider. Maryan gives her first-person testimony from the Nazi camps directly to the camera.

In the first few minutes, Maryan incorporated a montage of photographs of the My Lai massacre in Vietnam, protests for civil rights and members of the Ku Klux Klan and other socio-political struggles, linking all of this to the Holocaust as an extreme example of what can happen in the absence of democracy and freedom.

“It was about his desire to talk about the human condition as a whole and to understand the different forms of discrimination that he saw as a continuum,” Ms. Gingeras said. “That’s really the political relevance of his work today.”