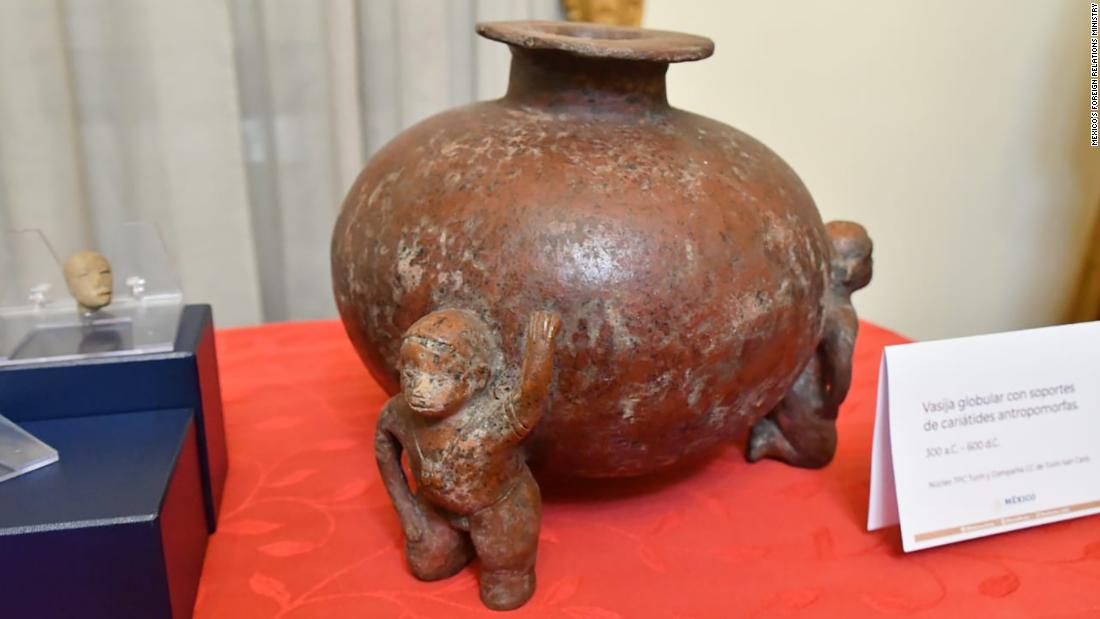 Written by Article by Reuters

Mexico recovered three antiques on Friday that were stolen and auctioned off in Italy as the Latin American country stages a global campaign to recover its art and relics.

The objects, which are more than 2,300 years old, are a clay pot decorated with human figures and two ceramic human faces.

The Italian Unit for the Protection of Cultural Heritage confiscated the pieces during an inspection of objects at auction, officials said. The items had been illegally exported from Mexico, according to Italian investigations, according to the Mexican Ministry of Foreign Affairs.

“The people who buy these coins, who traffic these coins, are criminals. You share the responsibility if you buy something stolen,” Mexican Foreign Minister Marcelo Ebrard said at an event in Rome where authorities returned the artifacts.

Two of the artifacts recovered by Mexico: clay figurines from the Teotihuacan culture of the classical Mesoamerican era (AD 250-600). Credit: Ministry of Foreign Relations of Mexico

Italy has so far returned 650 ancient and religious objects to Mexico since 2013, Mexico’s foreign ministry said.

“It is justice, it is universal culture. We must give back to a country the things that belong to it,” Italian General Roberto Riccardi, who led the team that returned the artifacts, said on Twitter.

In September, Mexico’s foreign ministry recovered stolen documents related to conquistador Hernan Cortes to be auctioned off with the help of US investigators.