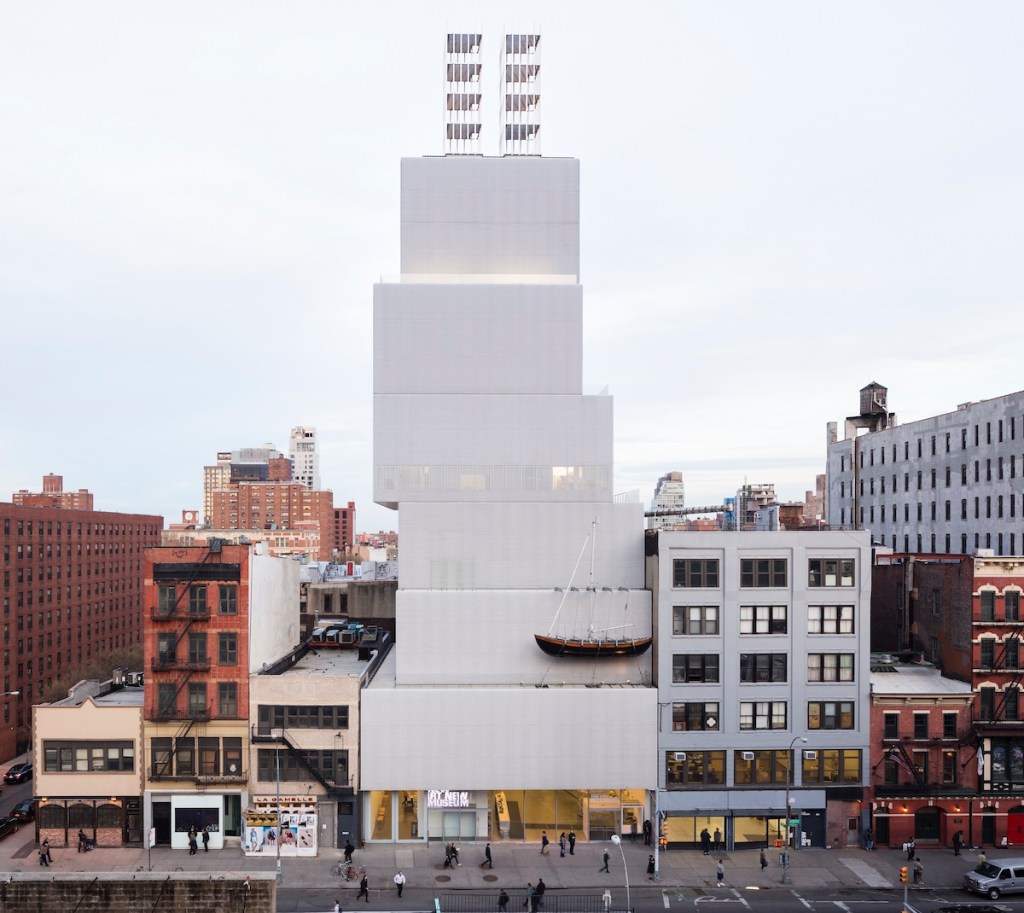 The New Museum in New York will launch a biennial art award for sculpture by female artists, with a first recipient to be named in late 2022. Titled Hostetler / Wrigley Sculpture Award after its benefactor, the Hostetler / Wrigley Foundation, the prize will honor five artists over the next ten years, with each winner receiving $ 400,000 for their respective projects.

Winners will be able to design a sculpture for the new museum’s next square on the Bowery, which will be unveiled as part of a 60,000-square-foot addition overseen by architect Rem Koolhaas. (This expansion was previously scheduled to open in 2022, but its inauguration date has been delayed by the pandemic, a spokesperson for the new museum said.) Artists will be nominated for the award through a nomination process, and a jury will decide the final winner.

Throughout the decade in which it is awarded, the Hostetler / Wrigley Sculpture Award will be one of the largest art prizes of its kind in New York City. Its purse is four times larger, for example, than that of the Guggenheim Museum’s biennial Hugo Boss Prize, which is among the most esteemed artistic awards in the world.

Unlike most art prizes which encourage newly commissioned works, this one will not see the resulting sculptures enter the collections of the new museum, as the institution does not maintain a permanent collection. And while most art awards allow their winners to receive most or all of the money, the Hostetler / Wrigley Sculpture Award also directs some of the funds to the new museum itself. The money for the prize, which is set up by the foundation of New Museum administrator Sue Hostetler Wrigley, is intended to support the production of the artwork, as well as the administrative and installation costs of the museum for each project.

According to Hostetler Wrigley, the award aims to rectify gender disparities at the museum. “Supporting and celebrating the important achievements of women artists, which have always been overlooked, and making art as public as possible, are two of the core missions of our foundation,” she said in a statement. “Our intention is that the award also helps continue the critical conversation about parity for women. “

The New Museum’s announcement of its award comes as the institution continues to face criticism over the treatment of its workers. A New York Times investigation in 2020 chronicled allegations of unsafe working conditions and unethical leadership, and in a Speaker essay published earlier this month, Dana Kopel, a former employee of the New Museum who was an organizer of the institution’s union, wrote about a place where a commitment to social justice masked “widespread exploitation” in behind the scenes. In 2020, the New Museum declared to Times that such allegations were “lies and hearsay from disgruntled former staff”.

Are you brave enough to let your guard down?