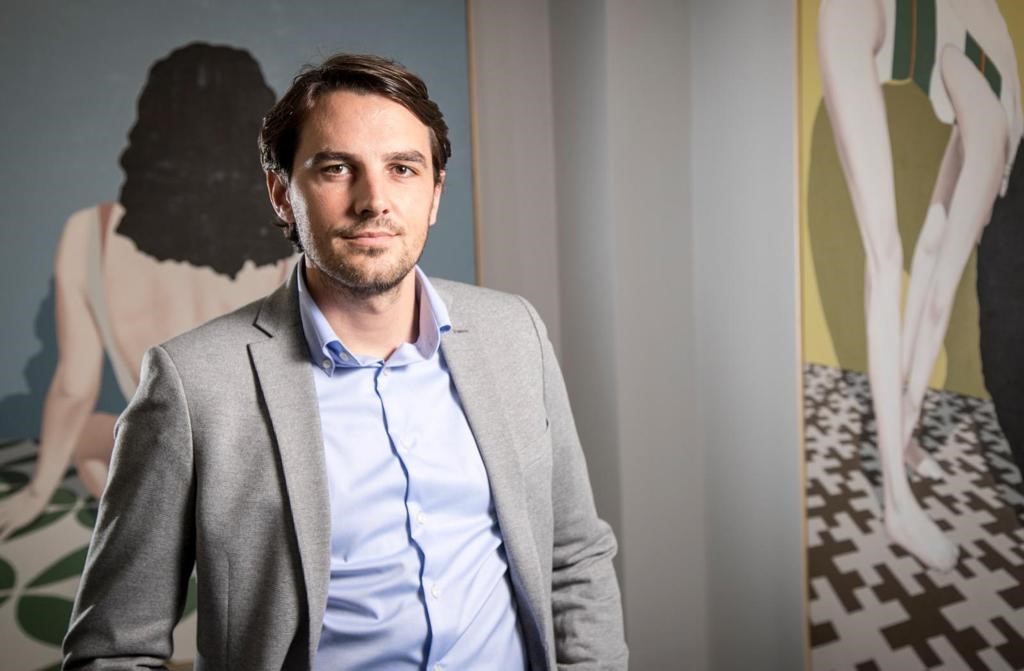 James Ryan, 32, started out working as a holiday rep when he was still a teenager. This was followed by short stints as a sports agent and luxury watch salesman, but it was in the art world that things really started for him. He is the founder and CEO of Grove Square Galleries. The contemporary art gallery in west London had sales of US$10 million in 2021, while Ryan co-founded a second gallery, Quantus, in east London, which is the first NFT consultancy in Europe, which aims to be at the forefront of a $40 billion industry.

Hakan Korkmaz led from the front and that skill has stuck with me to this day.

Hakan was my boss when I worked for First Choice Holidays as a representative. I lied on my application because I was not over 18 at the time but when I was invited to an X-Factor type sales day I did well enough that they booked my flight a few months later.

I was working in Turkey at a resort called Aqua Fantasy and they quickly timed my age, but luckily they kept me. I ran, with three other people, the biggest hotel in Turkey at the time and I managed all the customers. It was a big responsibility for an 18 year old and Hakan framed me in an intimidating new country for someone who was wet behind the ears.

He gave me an understanding of the culture, the essence of hard work and introduced me to important people to make my life easier. But above all, he taught me how to sell. He was friendly at first and people warmed up and trusted him. He built relationships but it was never forced and it resulted in sales.

Guests at the hotel ranged from a newly married couple, who had a big fight and wanted to get away, to people who had been in serious accidents and needed a place to recuperate. Still, Hakan was calm under pressure, soft-spoken and inspiring.

I’ve done tour presentations on stage in front of 300 people and earned a commission for every trip I’ve sold.

I was at First Choice for three seasons. I caught the travel bug and ventured to Greece and Spain, as well as mining equipment brokerage in South Africa and Botswana. When I returned to the UK, I worked for a sports management agency in Scotland before entering the luxury watch industry.

I was in the process of buying a watch store, but the sticking point came with the huge outlay on inventory, which was either by investment or sale or return.

My business partner at the time, Harry, said we should consider art for locals. He suggested we work with the artists and take a cut of every sale because we wouldn’t have the issue of security and bonuses that come with watches. I met a talented artist called Finn Stone and we set up a business structure and sold his work for him. It was a success and three months later we moved into the Grove Square Gallery, despite the pandemic.

I am also now co-owner of a digital art gallery, Quantus, specializing in NFTs. It’s an industry that I won’t leave because I love the journey of art.

Watch: Why Boy George is invested in NFT art

During the pandemic, we started hosting virtual gallery tours, which we expanded to our database and social media. We would never have sold to Japan, Australia, the United States and Canada so quickly otherwise.

Last May, we hired Serena Dunn as Artistic Director. She previously ran the Halcyon Gallery at Harrods. There were other galleries during the pandemic that didn’t have online as part of their business plan and we were able to bring some really talented people into the space.

Because we limit the number of artists in our books, we can give them attention and offer them individual and collective exhibitions. As a result, we are looking to run shows every six weeks, to add to the digital base we have already built.

Many entrepreneurs were born out of the pandemic and are willing to take risks. There are sacrifices to be made along the way; it can be less family time, doubts from your close network, and the stress and heavy workload can lead to anxiety. I’ve been through all of these things. It’s not for the faint hearted, but Hakan definitely gave me the confidence to survive.