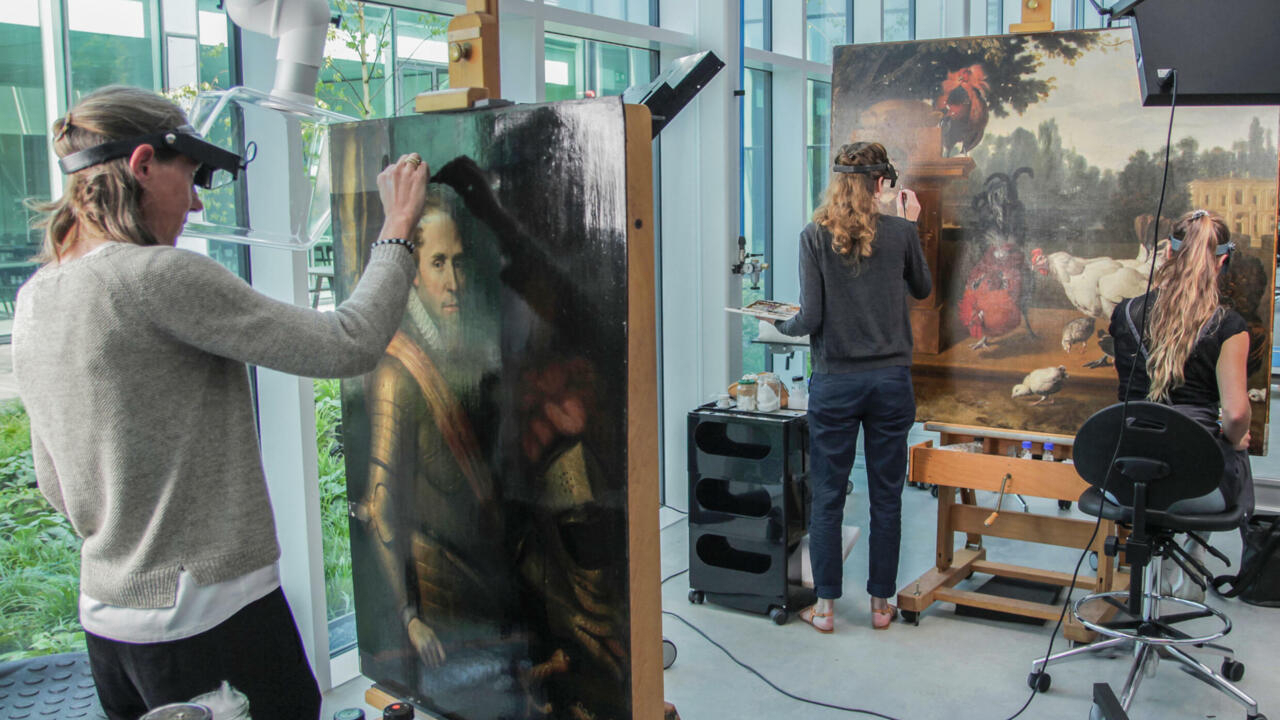 Prized paintings, an ornate throne and a barrel organ that survived the Great Flood of 1953 are just a few of the thousands of artifacts that have been brought out of obscurity to be displayed in a new Dutch center of “physical memory”.

Dutch Culture Minister Ingrid van Engelshoven will unveil the new Netherlands Collection Center (CC NL) on Monday, a state-of-the-art bespoke building housing a myriad of items that previously collected dust in the warehouses of four of the most influential museums and institutions.

Although not a museum, the combined collection will be available by appointment for those expressing a particular interest or for research purposes.

The CC NL “highlights exciting collections that were previously hidden from view,” said Taco Dibbits, director of the famous Rijksmuseum in Amsterdam where some of the artifacts were previously stored.

“The combination of the collections means that the royal carriages now stand alongside the farm carts. It gives a more complete picture of the Netherlands, both in a chronological and social sense,” Dibbits said in a statement.

“The four national collections united under one roof form the physical memory of the Netherlands,” the Rijksmuseum statement added.

Construction of the high-tech center, which includes the country’s first quarantine chamber dedicated to removing mold and insects, began in the central town of Amersfoort in 2018.

The building has the same floor space as nearly four and a half football pitches, uses solar power as well as rainwater to flush its toilets, “and maintains its own climate,” Wim told AFP Hoeben, site manager CC NL.

A veritable Aladdin’s cave, it houses some 500,000 objects from the four collections, from the ornate throne of King William II of the Netherlands to a large traditional barrel organ called De Blue Mortier, which, at 5.4 meters (17.7 meters) feet) in height, is the largest object.

Built in 1913, the organ was badly damaged during the infamous and deadly floods of 1953 in the Netherlands, before finally being restored.

An ancient steam engine weighing more than seven tons and the restoration of a 350-year-old painting by the Dutch still life master Matthias Withoos are also among the objects.

Moving all the parts of the Netherlands was a colossal task: it took some 869 trucks to get them all to their new home.

“It was quite an adventure,” Hoeben told AFP.

Storage depots previously used by the Rijksmuseum, Open Air Museum, Het Loo Palace and the Cultural Heritage Agency “did not meet the needs of modern collection management,” the Rijksmuseum said.

Hoeben added that they needed a lot of energy to heat or cool and were not always easily accessible.