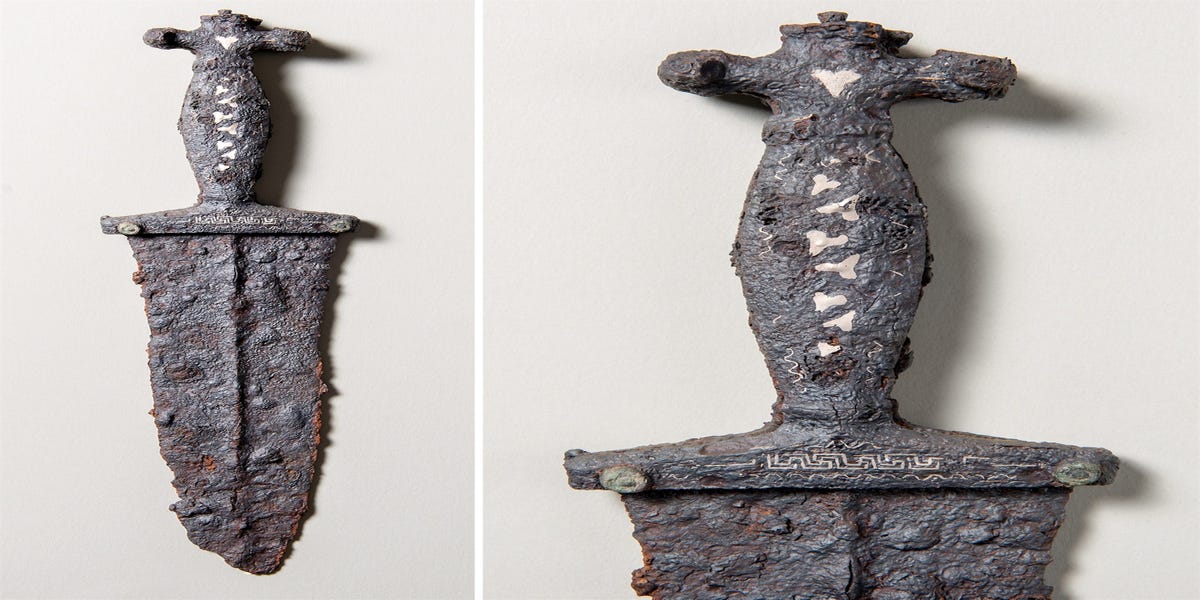 In Switzerland, a volunteer archaeologist using a metal detector discovered a 2000-year-old dagger. It turned out to be a vital clue in the history of a long forgotten battle between the Roman Empire and the tribal warriors.

Lucas Schmid was a dental student and volunteer archaeologist when he discovered the ancient silver and brass weapon in 2019, the Smithsonian reported.

Schmid unearths the dagger in the mountainous region of Graubünden in Switzerland, an area believed to be the site of a lost battlefield where Imperial Roman soldiers fought the Rhaetian warriors around 15 BC.

Its discovery sparked an excavation of the area which revealed a treasure trove of ancient military artifacts.

The dagger, dated around 15 BC. AD, is a rare find. Only four of its kind have been found in ancient Roman lands, the team behind the discovery said.

Schmid’s discovery led to the discovery of hundreds of other ancient artifacts. A new investigation of the site, carried out by a team from the Archaeological Service of Graubünden, University of Basel (Switzerland), unearthed spearheads, lead slings, parts of shields, coins and nails from Roman soldiers, reports Live Science.

These objects are now on display for the first time by the Archaeological Service of Graubünden (ADG), the Smithsonian reported.

Speaking to LiveScience.com, Schmid said he didn’t think the area had been well searched and began to find buried metal shards. “It was clear to me that more artefacts could be expected,” he said.

Although he said he had a hunch that the area would host some fruitful discoveries, he added: “I did not expect to find such an important object in this rather unlikely location.”

In his conversation with Live Science, Peter-Andrew Schwarz, archaeologist at the University of Basel, said that excavations at the site also recently uncovered a Roman coin minted between 29 BC and 26 BC during the reign of Emperor Augustus.