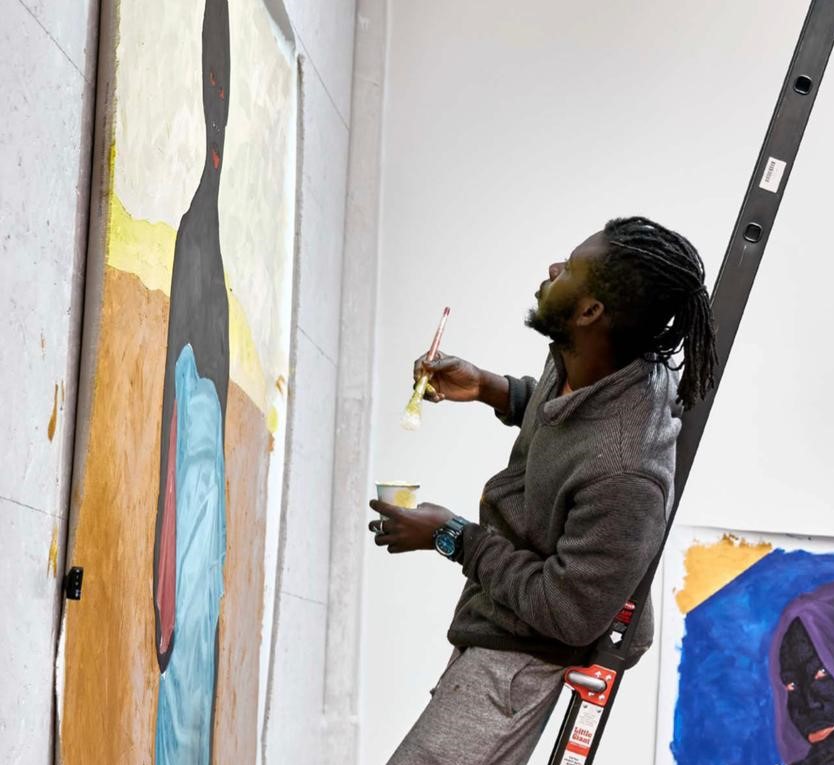 Ghanaian artist, Kwesi Botchway has once again blown away the art world in Brussels, a city in Belgium, with his captivating portraits.

Kwesi the contemporary impressionist, as he likes to describe himself, dubbed this art exhibition “Rumors of Darkness” and took place at the Maruani Mercier gallery.

Kwesi said he observed that over the years when black characters were depicted, they were either servants or slaves.

“In art history, the black man was almost never visible, and it didn’t feel right to me as a black artist celebrating my ‘blackness’, so I had to change the status quo “, he said in an interview with Ghanaian art writer Pep Junia.

In this show – Rumors of darkness – they are portraits of girls and women. Models of his environment, fictional models or models inspired by magazine photos. He says he chose the genre because he loves it.

That may be true, but there are other reasons why he prefers portraiture. In the history of art, the black person is barely visible. When black figures are depicted, they are usually servants or slaves.

They are not in the foreground but partly hide behind white men and women. If they are there, then they are of minimal importance.

With his portraits, he corrects the colonial history of the genre. It brings the past to the future. He makes it easy for black people to identify with his work.

It implicitly urges museums and other art institutes to adapt their white collections. As one American critic succinctly put it: Representation matters.

Born in Nima in the 1990s, Kwesi is the founder of WorldFaze Art Studio, an artist studio and residency space focused on supporting young local artists.