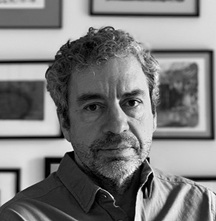 The New York Historical Society has appointed Russell Shorto executive director of the Diamonstein-Spielvogel Institute for New York City History, Politics, and Community Activism, which focuses on community activism in the 20th and 21st centuries.

Shorto, narrative historian and journalist, is known for his chronicles of New York’s past, particularly its origins as a Dutch colony. As head of Diamonstein-Spielvogel Institute, Short will oversee the creation of a new historical archive of documents relating to local activism, including the civil rights movement, women’s rights, the struggle for LBGTQ + rights and more recent actions against climate change. He is also a contributing writer at New York Times Magazine and principal investigator at the New Netherland Institute in Albany.

“I am very excited about this opportunity,” said Shorto. “New York has always been a leader in the promotion of civil rights and social justice in America. For almost 20 years, I have maintained that this tradition has its roots in the Dutch foundation of New York. The Diamonstein-Spielvogel Institute gives me the opportunity to apply this story to the present. I am grateful to Barbaralee Diamonstein-Spielvogel and Louise Mirrer for delegating me to take on such a laudable task.

The institute was founded this summer to commemorate marginalized communities and individuals at the center of the most significant political, social and cultural moments of the past century in New York City; it also offers university programs, a resident’s scholarship and short-term scholarships. Among the earliest pieces in the Institute’s archives was a selection of historical documents associated with the Manhattan High Line and its transformation from a disused railway structure to an open public space from 1999, followed by articles on the efforts. of historical preservation around the city.

“[Shorto’s] The remarkable appointment as CEO allows us to expand our efforts to support our commitment to inclusion, diversity, social equity, community service and accessibility, so that current and future historians can place the multiple histories of the city in a specific and meaningful context, Diamonstein-Spielvogel said in a statement.