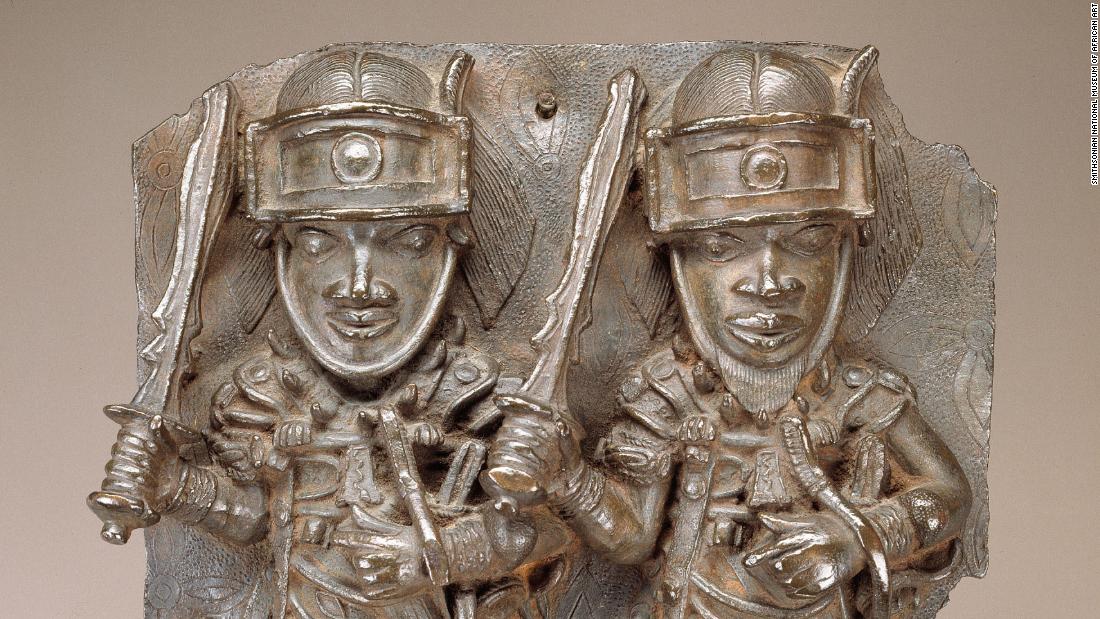 This article was originally published by The Art Newspaper, an editorial partner of CNN Style.
The Smithsonian Institute’s National Museum of African Art in Washington, DC has removed its Beninese bronzes from the exhibition and plans to repatriate artifacts looted by the British in an 1897 raid on the royal palace, according to the museum director , Ngaire Blankenberg.

“I can confirm that we have removed the Benin bronzes that we had on display and are fully committed to the repatriation,” Blankenberg said. “We cannot build for the future without doing our best to heal the wounds of the past.”

The museum had exhibited 21 objects from the Kingdom of Benin earlier this year. Its online database lists 38 objects from Benin in the collection. About half were attributed to the British Punitive Expedition to Benin in 1897, including several commemorative plaques, heads and figures. The provenance research on other objects is still in progress.

Beninese objects are part of the collections of more than 160 museums around the world. Credit: Smithsonian National Museum of African Art

After the looting of 1897, the artefacts of the royal palace of Benin were sold and scattered around the world; Beninese objects are now held by more than 160 international museums, including several in the United States. The Fowler Museum at the University of California has also announced its intention to discuss with Nigerian authorities the future of 18 objects in its collection from the Kingdom of Benin.
Last week, two British universities returned items looted in Nigeria: the University of Aberdeen handed over the bronze head of an “oba”, or king, and Jesus College Cambridge returned a bronze sculpture of a rooster.
In mid-October, Germany and Nigeria signed a memorandum of understanding setting a timetable for the return of around 1,100 Beninese sculptures from German museums, the first repatriations being planned for the second quarter of 2022.
In June, the Metropolitan Museum of Art in New York announced that it would be returning three objects to Nigeria. Two of the works, a pair of 16th century brass plaques from the Cour du Benin depicting a “warrior chief” and a “junior court officer”, were donated to the museum in 1991 by modern art dealer Klaus Perls and his wife, Dolly, while the third, a 14th century “Ife Head” was recently donated to the museum for purchase by another collector.
Read more stories from The arts journal here.