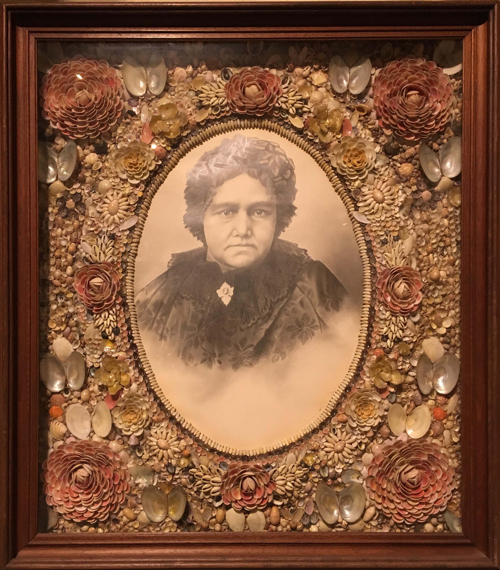 The names and faces that fill museum halls tend to be major historical figures who have had a huge impact on the world around us. This is what makes Do you know my name? : Sharing the stories of Santa Cruz, a new exhibition presented at the Museum of Art and History of Santa Cruz (MAH), such a refreshing change of pace.

Sponsored by the University of California, The Humanities Institute of Santa Cruz and hosted by Morgan Gates, THI Summer Audience Member, Do you know my name highlights the everyday stories of Santa Cruz throughout the history of the region that were neither rich nor famous but whose life is remarkable.

“The scope of the exhibit is wide, and it means that anyone who has lived in Santa Cruz County has an important story to tell as part of the history of Santa Cruz,” said Gates. “Sharing these stories allows people to continue to tell their own stories. “

Gates worked with MAH staff, particularly installation assistants Veriche Blackwell and Jennifer Villegas-Naranjo, to create an exhibit inspired by the MAH publication, Do you know my name The publication, and now the exhibit, honors the work of Phil Reader, a writer and historian who has dedicated himself to amplifying the stories of citizens often overlooked in historical narratives of the Santa Cruz area. Gates chose to showcase 20 people from the area. It dates back to 1793, the birth date of Lino, a member of the indigenous Chaloctaca tribe of the Santa Cruz Mountains, and as recently as today with the stories of Oscar Corcoles, a community organizer serving Latinx youth, and by Ekua Omosupe, a writer and English teacher at Cabrillo College.

“I wanted to represent experiences from different time periods, different places or environments in the county, and different age groups and communities to capture the diversity of people who lived or live in the county,” said Gates.

The work involved in documenting these stories has not been easy. While Gates was elated that her proposal was accepted by THI, she had to deal with COVID restrictions that prevented her from physically researching the local historical archives. Instead, Gates worked outward, starting with stories from an issue of the Santa Cruz County History Journal produced by the MAH, then reaching out to historians and archivists who shared their expertise and digitized documents. and photos for her. “The research was a community effort,” Gates said.

The project also brought her to the UC Santa Cruz Regional History Project, a mine of oral histories from the region that has been part of the university since 1963.

Do you know my name also gave Gates the opportunity to connect with people currently working in the Santa Cruz community, including Ariana Jones, a native of Santa Cruz who helped found Blended Bridge, an organization that helps members of marginalized groups find community , and Rhonda Harper who created Black Girls Surf to provide training and resources to black girls and women who surf.

“Reaching out to these people and asking them to tell their stories has been a challenge for me,” said Gates. “I was nervous about being intrusive and the cold calls were really annoying. What I realized, however, was that they were excited to tell their story. All I had to do was listen!

The on-site version of Do you know my name at MAH’s Santa Cruz County History Gallery through August 21, 2022 is a slightly truncated version with just seven of the everyday Santa Cruz Gates profiles, but it does come with a few bonus features. For example, visitors will be able to see a shaped piece of tree created by Axel Erlandson, an arborist who has created elaborate natural artwork by, he claims, “talking” to plants.

Gates’ work goes one step further in the virtual exhibition, created in collaboration with designer MAH Michaela Clark-Nagaoka, and featuring sound clips, photos and a host of rich details that Gates hopes will inspire future conversations between residents of Santa Cruz County.

This approach of uplifting ordinary people and their stories is the hallmark of the MAH History Gallery. It is by telling these diverse stories that we all help make our community stronger and more connected. “What makes these stories important is that these people have given back and shaped their communities,” she said. “They took action to improve people’s lives. They educated, made art, gave shelter, jobs. They are relatable. Knowing their names and their stories is a real act of community.