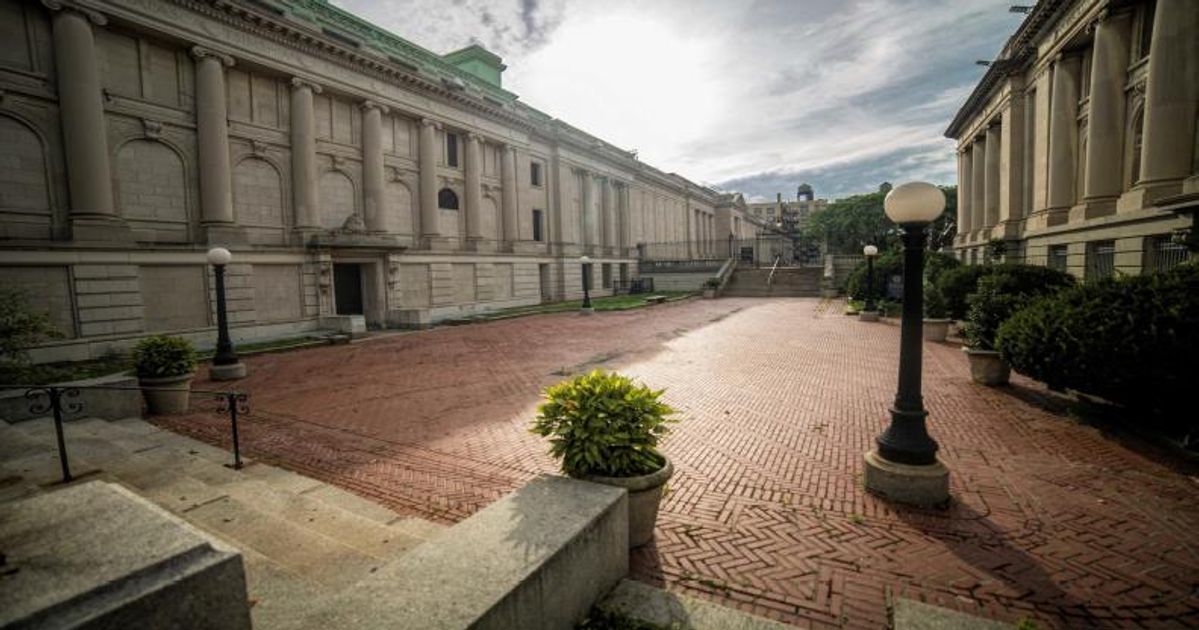 While its main museum remains closed, the east building of the Hispanic Society recently opened for special exhibits and will soon host rotating exhibits from the permanent collection.

At the end of June, on a hot New York night, the Hispanic Society Museum and Library invited hundreds of guests to a party celebrating the opening of In the heights: from the university to the big screen, which traces the development of Lin-Manuel Miranda’s musical in the neighboring Dominican district, and Latinx Diaspora: Stories from Upper Manhattan, a mural show in the square.

The joyous event also marked the start of a renaissance for the Society, an oft-sleepy museum in upper Manhattan that closed to the public in 2017. Both exhibits fell short of the usual fare of the Hispanic Society, founded in 1904 in as a museum of Spanish and Portuguese art, with the Goya museum Duchess of Alba (1797) as a major edition of the collection. It was also perhaps not what was expected of new manager Guillaume Kientz, an expert on Velázquez and El Greco who took office in March.

But, says Kientz, “Hispanic society is not just old masters. Noting that the founder, Archer Huntington, also collected the art of his time, Kientz said he, too, plans to connect the Society to the art of the 20th and 21st centuries and to its Latin neighborhood.

An early director, Kientz, who had been a curator at the Louvre in Paris and the Kimbell Art Museum in Fort Worth, faces the same concerns as other museum leaders – the pandemic, social justice issues, organizing campaigns – and Moreover. The main galleries of the museum occupy a dilapidated building that lacks air conditioning, does not respect accessibility rules and remains closed. Design work is starting on the renovations to the main courtyard of the building, which will also allow access to the famous Sorolla Vision of Spain gallery, with the goal of completing in early 2023. But other changes are still not funded. According to Philippe de Montebello, the former director of the Metropolitan Museum of Art who chairs the company’s board of directors, $ 15-20 million has been raised; it takes a lot more before the whole building can reopen.

Kientz must help find that money and design programs that expand the ranks of visitors and supporters of the Society. “My strategy is to be dynamic, to be on the map,” he says.

For now, the building is recently renovated, which served as storage until In the heights opened there and which will eventually host special exhibitions, will have rotating exhibitions from the permanent collection, Kientz says. It starts on October 15th with Golden figurines: Wood and clay in the flesh, with more than 20 polychrome sculptures, dated 1500-1800, from Spain, Ecuador and Mexico. Some, including two pieces by Andrea de Mena, the daughter of Pedro de Mena, have rarely, if ever, been exhibited. The rest was interspersed and overshadowed by the paintings in the Society’s collection.


The Ecstasy of Mary Magdalene, circa 1690, by Luisa Roldán

This exhibition will be followed, in January 2022, by some of the museum’s best-known treasures – temporarily returned from a world tour – but with a “new story” by a young guest curator (not yet named). Later in 2022, the East Building will feature rarely shown watercolors by American artists in Spain and Portugal, including Childe Hassam. Next fall, a recent donation of 20 drawings by José Clemente Orozco, as well as a painting from the collection, will be presented.

The Hispanic Society will also be in midtown Manhattan starting September 29, when more than 100 manuscripts and volumes from its currently inaccessible books and library collections will be on display at the Grolier Club. Spanning from the 12th to the 19th century, the collection includes literary masterpieces, letters from the rulers of the time, and a 1548 decree from the Germanic Roman Emperor Charles V increasing Titian’s annual pension. Eventually, the library will move to the Company’s third building, located across the plaza, which also requires accessibility changes.

Meanwhile, the painting collection will resume its international tour next year, stopping in Toronto and London; 12 paintings will go to the Spanish gallery of the Auckland project in Bishop Auckland, UK, with which a partnership has been established.

Soon, the Hispanic Society will announce the creation of a state-of-the-art conservation lab in the East Building. There are plans for more extensive educational programs and an affinity group supporting the library. Collective bargaining with staff, who voted to organize in July, will begin this fall. The terraces of the Society must be restored. Kientz’s diary is full. “He’s doing an incredible amount,” says de Montebello.