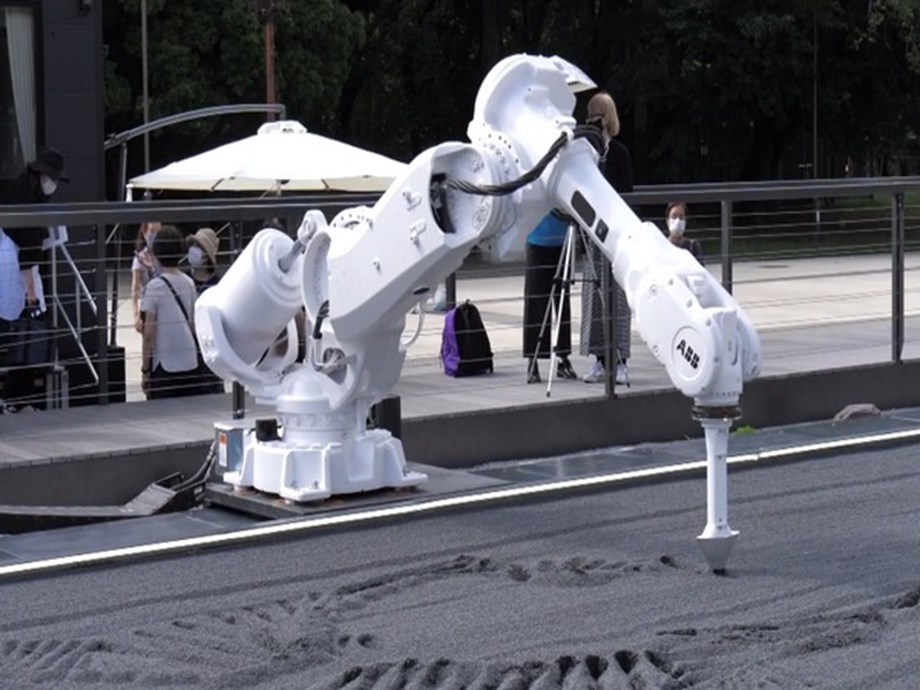 Coinciding with the Tokyo 2020 Olympic and Paralympic Games, The Constant Gardeners event is held at Ueno Onshi Park. The three-month event is organized by the Tokyo Metropolitan Government in association with artists from the United Kingdom. In this event, the artists are four robot arms, the models are Olympic athletes and the canvas is a Japanese Zen garden.

By analyzing past video footage from a wide range of sports disciplines and events, The Constant Gardeners communicates and celebrates movement and physicality in professional athletics. “This festival is one of many cultural events to celebrate the Tokyo Olympics and Paralympics. The games are not only about sport, but they also convey a cultural message and are considered cultural Olympiads. It’s defined as a policy. And we want more people to take an interest in the Olympic game by putting on such cultural exhibitions. Several events are being developed under the aegis of the Tokyo Festival, ”said Yuko Ishiwata, Tokyo Arts Council.

The traditional Japanese zen garden drew people with robotic artwork during the mega sporting event. “The only thing that as an artist and author of this work I’m very keen for people to come here is obviously more difficult now – to create a moment of stillness a moment of reflection and a moment to meditate, “said Jason Bruges, artist.

Ueno Park is one of the five oldest public parks in Japan, known for its spectacular spring cherry blossoms, Ueno Zoo, and numerous museums. Its history began in the Edo period about 400 years ago. The 3rd General of the Edo government built a large temple here and an internal political war developed. About 150 years ago, it was named as Japan’s first official park.

“Ueno is a place steeped in history and there are a lot of ancient artefacts so it’s really interesting to see the latest robot technology here,” said a visitor. The Tokyo Olympics and Paralympics follow on from the corona crisis. It expresses the direction of the future path. The Tokyo Metropolitan Government’s robotic artwork in a historic park sets a new model. (ANI)

(This story was not edited by Devdiscourse staff and is auto-generated from a syndicated feed.)