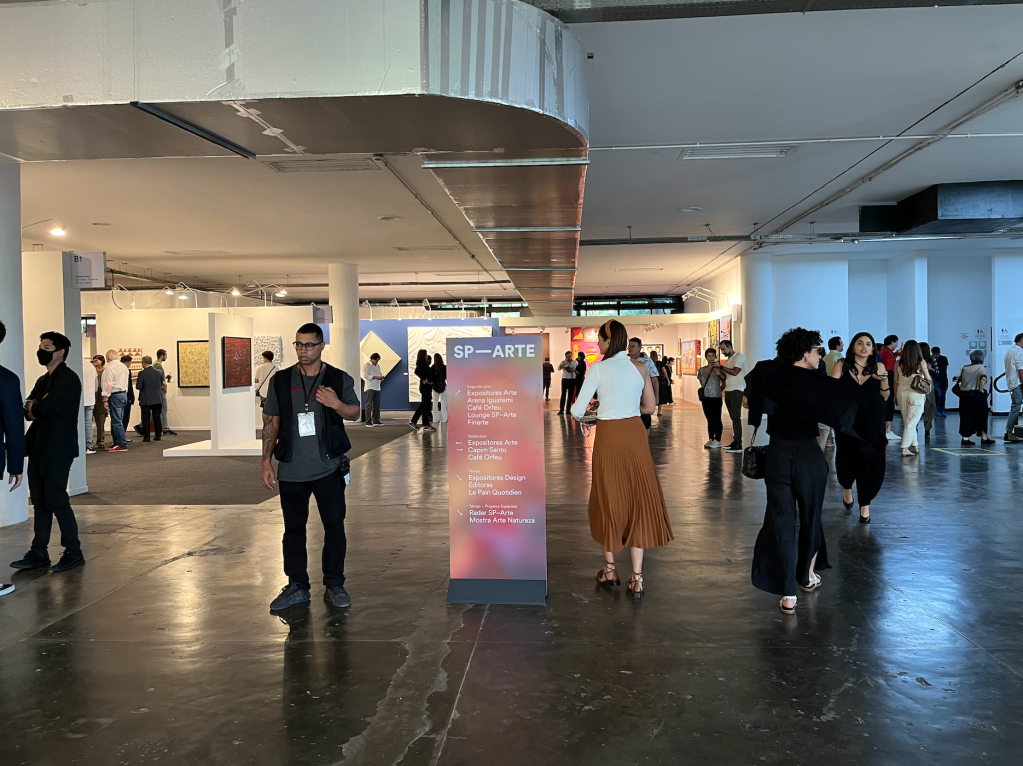 SP-Arte, the Event based in Sao Paulo, Brazil and arguably the most important art fair in Latin America, kicked off this week with a multifaceted exhibition of art, collaborations and new initiatives.

Although it’s not the first SP-Arte since the start of the pandemic – they held a fair in October at a different venue with only 70 galleries – this year’s edition feels like a renaissance as SP Arte s’ settles in its traditional location at the Niemeyer-designed FundaÃ§Ã£o Bienal de SÃ£o Paulo in Ibirapuera Park.

Few masks sported, but QR codes were everywhere. NFTs, which have taken off and thrived during the pandemic, were found at various booths at the fair. The general feeling: We are back!

“Even though we had the fair in October, coming back to the pavilion has a different flavor,” said Fernanda Feistosa, the fair’s director. ART news. â€œEveryone seemed happy to see each other again, happy with the work. SP-Arte is the first fair of the year here, so it’s like the opening of the season, everyone brings their best work.

In previous editions, SP-Arte supported conservation laboratories where young curators were invited to organize a stand as part of a competition. This year’s focus has been on elevating emerging artists and art platforms at Radar, which is nestled at the edge of the fair, just past a newly expanded 30-gallery design section. Radar brings together artists who do not yet have a gallery representation but who have shown promise, either through an award, or in a group exhibition, or through their position as an artist’s assistant.

“Three of these nine artists are already in talks with galleries at the fair,” Feitosa said. “And that was our goal, for them to be introduced to Brazilian galleries.”

One of the artists featured in Radar will be granted a residency in Rio de Janeiro. Also at Radar, art platforms, i.e. non-profit galleries like 01.01 which brings together Afro-Brazilian and African artists, or Casa Chama, which mainly represents trans artists.

Take a look at the top ten stands from this year’s SP-Arte edition: