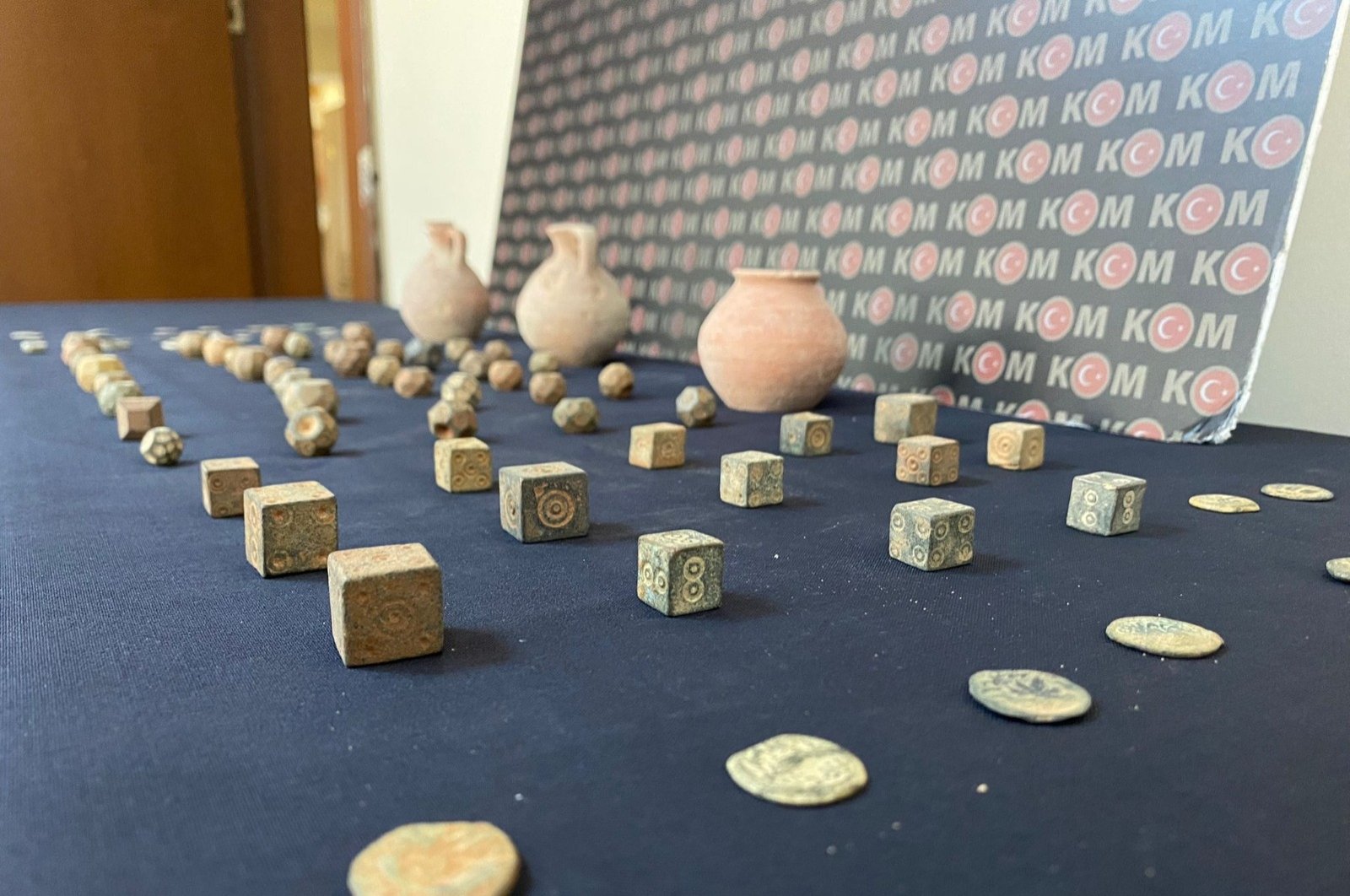 Turkish police seized contraband artifacts hidden in boxes of olives on Sunday, leading to an arrest.

86 pieces of historical artefacts were seized during a denunciation during an operation carried out in the Kağıthane and Beyoğlu districts of Istanbul.

The suspect, identified only by his initials OE, was arrested.

Thousands of artifacts were also seized in another major anti-smuggling operation. The operation dubbed “Anadolu” (Anatolia) covered 30 Turkish provinces, as well as Bulgaria, Croatia and Serbia. In this international operation, Turkish security forces arrested 76 suspects and recovered at least 4,122 artefacts. Including those already arrested, authorities have issued arrest warrants for a total of 92 suspects.

Thousands of anti-smuggling operations are carried out every year across Turkey to end the illegal sale of historical artifacts and protect the country’s rich cultural heritage. This question is crucial for a country which is home to around 3,000 ancient cities of 42 civilizations and whose tourism industry relies on its rich historical heritage to attract millions of foreign visitors each year.

Called “the cradle of civilizations,” Turkey is home to a diverse heritage that has made it a prime target for smugglers for decades. Foreigners looted everything from precious treasures to pieces of tile from mosques – sometimes with authorities turning a blind eye to thefts in the past. Today, the authorities continue a global hunt for the artifacts that adorn the collections of museums and private collectors. Over the past decade, Ankara has managed to bring back 2,712 artefacts from abroad, including small statues and sarcophagi.