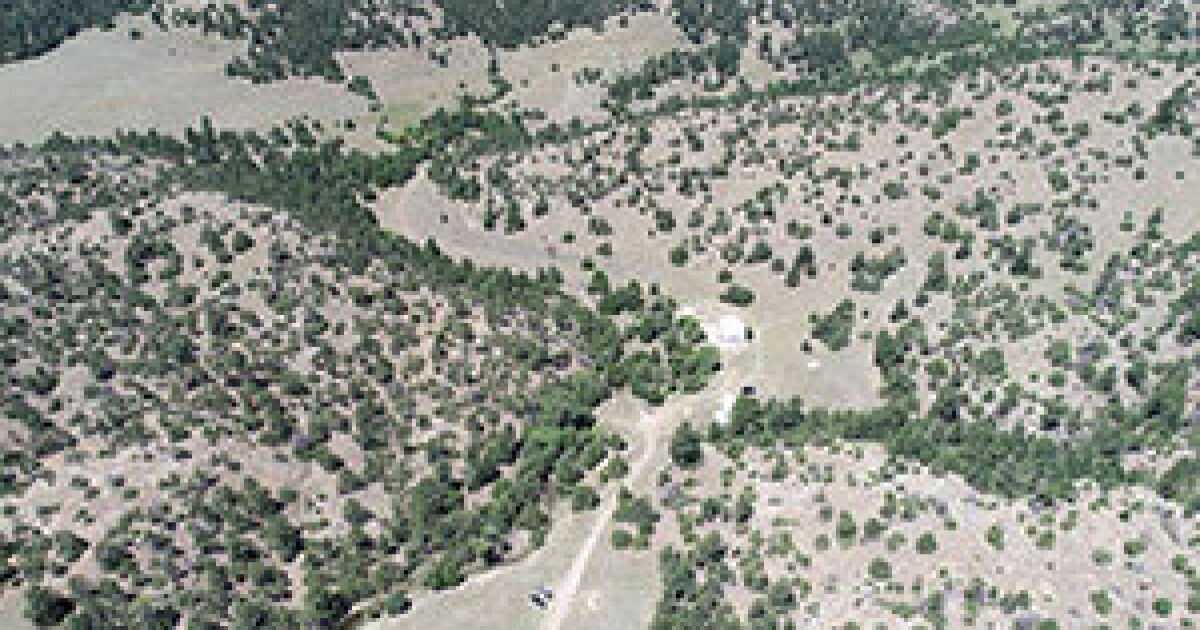 How long ago humans arrived in North America continues to be a hotly debated question within the scientific community – at the extreme, researchers estimate over 100,000 years ago – but new research conducted by the University of Wyoming indicates that it could only have been about 13,000 years ago.

University of Wyoming researchers Todd Surrovell and Sarah Allaun are the two lead authors of the study. They spoke with Caitlin Tan of Wyoming Public Radio.

Caitlin Tan: So, I wonder if you can give us an overview of your research for those who are not familiar?

Todd Surrovell: Well, this research addresses one of the long-standing debates and questions in American anthropology, namely the timing of the first human arrival in the Americas. It’s a question that anthropologists and archaeologists have been debating for easily 100 years, and more than that. It is a debate that is lively, that is controversial, and it is only a small part of a long, long history of research.

So that’s in a general sense what we do. And specifically, you know, we’re looking at a range of sites and analyzing them to try to determine when we first see evidence of humans on the continent, in specific types of evidence.

CT: I think what a lot of us learned growing up in school is that the first people who came to North America came from Asia via a land bridge, maybe about 14,000 years old. And so that’s sort of where the debate is centered, isn’t it?

Sarah Allaun: It’s not just where people come from. I think looking at the DNA evidence, it’s pretty clear that people came from Asia and North America. But looking at the timing of this event is kind of the question we still have today.

CT: Ok, so what exactly did you find in your research?

And through our research, we actually came up with a very conservative estimate, [supporting] the traditional explanation for the arrival of humans, namely that they arrived in Alaska about 14,200 years ago. When they arrived in Alaska, the route south was blocked by continental ice caps, and they succeeded in breaking through these ice caps and entering the continental United States about 13,000 years ago, or just before that.

CT: So tell me a bit about the process of your search and the different sites you visited. One of them was in eastern Wyoming, if I understood correctly.

TS: So the way we looked at this question was specifically about stratigraphic integrity. So if you find artifacts, for example, in sediments that are 15,000 years old, you could infer that those artifacts are also 15,000 years old, but there are actually two explanations.

The first is that people were there 15,000 years ago and they are depositing these artifacts. Another possible explanation is that humans arrived at this location a little later, say 11,000 years ago, and then the artifacts later moved to older deposits.

And the way the artifacts move is similar to what we have in Wyoming, like pocket gophers, prairie dogs, ground squirrels. They are constantly turning the floor and moving artifacts.

So we’re really interested in being able to distinguish between those possibilities. And to find a measure, a rough statistical measure of the stratigraphic integrity of sites by looking at the distribution of artifacts within them, say vertically or stratigraphically.

We looked at a series of sites – 12 in all. Three of them were in Wyoming, a handful of sites in Alaska, and then other sites around the continental United States. We asked: “When do we first see clear evidence of stratigraphically intact archaeological occupations?

CT: So with your research, does this potentially fundamentally change how we viewed this early human migration?

HER : The answer we have arrived at is that people probably appeared around 13,000 years ago. This is not so much a fundamental change as support for a traditional pattern of settlement in the Western Hemisphere. More recent models argue for occupation well before 13,000 years ago, but we were unable to support this type of interpretation with the evidence we reviewed.

TS: I think it’s important to note that we found support for the very traditional model of New World colonization and yet I think our conclusion will be found to be quite controversial.

Many people in our discipline have long since abandoned this traditional model, and argued for human presence on this continent long before 13,000 years ago.

So it’s kind of an interesting tension on the pitch. This traditional and generally well-supported model is somewhat controversial.

CT: Why are there such varied searches? How is it possible that different researchers have come to such different conclusions?

HER : Archeology can be a difficult field. We are dealing with an often incomplete file, especially when we look at the settlement of North America. We are talking about over 13,000 years ago.

So we look to the distant past. The evidence we review can be quite old and sometimes of variable quality because of this, and so many of our interpretations are heavily influenced by the quality of the data we have.

TS: And for a given discovery, there are often several possible interpretations.